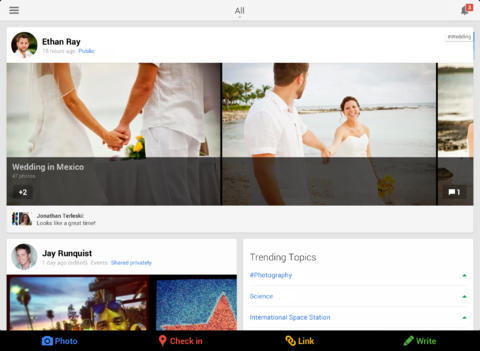 After giving Google+ for Android its fair share of love earlier in the week, the Internet giant Google today pushed a new version of its universal iPhone and iPad app.

In accordance with the announcement back on Tuesday, the new build gets rid of the built-in Messenger feature as the focus turns to the new Hangouts app which was created to consolidate Google’s many chat services under a single umbrella.

If you run a blog or a website on a Google-hosted domain, rest assured that domain support in the new Google+ app will restrict posts to your domain only. As a bonus, there are handy icons to identify domain members.

Writing on the official Enterprise blog, the company noted that Google Apps support allows businesses to use the Google+ app to “share content publicly, with your circles, and/or with just the people in your organization,” as well as “know at a glance whether someone’s profile is part of your Apps domain”.

Because in-app Messenger is no longer part of the app (Hangouts replaces Messenger for messaging and video calls), it may be prudent to download your existing Messenger data by visiting the Google Takeout service.

According to Google engineer Virgil Dobjanschi, you can start a Hangout or share a private post with someone directly from their profile. 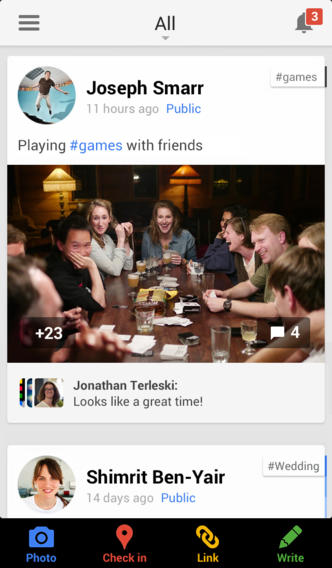 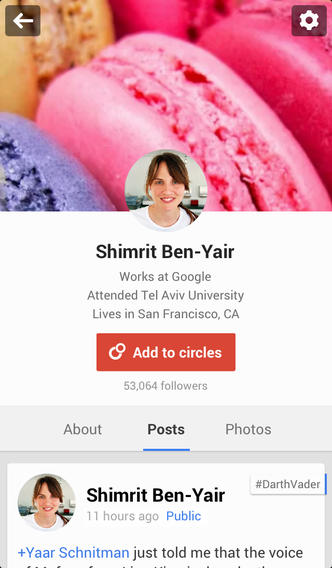 As for the Google+ for Android, Tuesday’s version 4.1 update not only added the aforementioned iOS features, but also brought out a bunch of goodies such as pull-to-refresh, faster account and page switching, city-level location sharing on a circle-by-circle basis and more.

If you’re a fan of Google’s social thing, you should be pleased that Google+ notifications will soon sync across your devices. As a result, interacting with a notification on one device or platform will automatically clear it on all your other devices. Finally, a recent update to the Google.com search engine now lets signed-in users easily look up information from their Gmail, Calendar and Google+.

For example, typing “Show me my photos from Australia” will produce all the photos you uploaded to Google+ while asking for “my photos of sunsets” will automatically recognize the correct type of photo.

This is the first major Google+ iOS app update in a while.

The previous major refresh came nearly three months ago with a host of Google+ improvements from Google I/O, including related hashtags, the ability to edit comments and copy the post’s URL, the awesome new Auto Enhance for photos and much more.

You can download the latest version of the Google+ app free from Apple’s App Store or Google’s Play store, depending on where your heart lies.