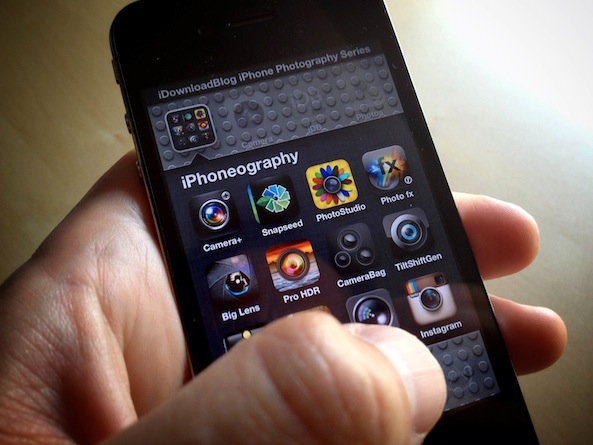 If you’re going to understand this post, you’ll first need to see my Auto Awesome in action. This might be a bit of a departure from a traditional lesson in iPhone Photography, but I always feel it’s important to experiment with new technologies. I went so far down the Rabbit Hole trying to figure this out, I just had to share it!

If you’re a Google+ user, you probably already know this. If not, they actually have some very cool things going on over there. One of those things is the ‘Auto Awesome’ photo tools. In short, ‘Auto Awesome’ can do very awesome things with the images you upload and like the name implies, it does it automatically. Things like ‘auto enhance’, ‘auto HDR’, ‘auto panorama’, and for this example, ‘auto motion’!

All you do is upload several photos and Google automatically determines the appropriate awesomeness to apply. For example, if they are different exposures of the same scene, it will auto HDR them. If there is overlap in the scene from one image to the next, it will auto panorama them. If it’s the same scene with subtle motion differences, it will do this…

All that being said, here’s how it’s done!

All you need is a series of photos of the same scene with a subtle variation in movement. For this stop motion animation, I used my studio. Tripod, cable release, the whole 9 yards. I shot one image, then adjusted the subject, shot another image, etc. Fifteen images in all to complete the classic break-dancing wave.

You’ll have to configure your Google+ iOS app for Auto Awesome. Within the photos module, touch ‘Settings’ and make sure ‘Auto Awesome’ is turned on.

Once you have your photos and you’ve enabled ‘Auto Awesome’ simply share your photos like you normally would on Google+. Here’s how I do it. After I select the sequence of photos I want to use, I post them into a private album that is only shared with me. That will prevent the sequence of images from being shared, but still allow the Google cloud servers to work their ‘Auto Awesome’ magic.

After Google has worked its magic, your ‘Auto Awesome’ stop motion graphic will be ready for the world. You’ll be able to find it in the album that was created when you originally uploaded your sequence of image. Now you just find your creation and share it with the world!

Open your album containing the sequence of images and select the ‘Auto Awesome’ version.

Now that Instagram is offering video, simply film your Google+ ‘Auto Awesome’ and share it with the hashtag #iDBAutoAwesome. You can can also tag in on Google+. I’m sure I will see some very creative applications of this technique from my fellow Google Plusers. Until next time, be awesome!

Justin Balog is an award winning photographer and filmmaker. You can follow is daily creative adventures at HOSSedia.com or learn more about iPhone Photography in his iBook ‘Big World Little Lens‘. Click Here for the iPad Version. To find out more about Justin, follow him on Twitter and Facebook.