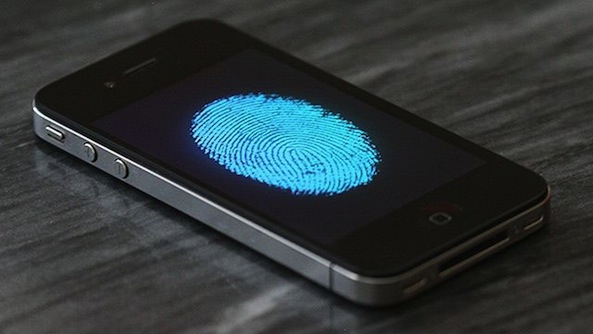 With Apple’s September 10 media event now all but confirmed and the iPhone 5S fingerprint sensor rumors reaching fever pitch, the somewhat reliable Taiwanese trade publication DigiTimes warns the handset could be initially in scarce supply due to low yield rates of a brand new delicate component, the fingerprint sensor.

The report mentions that the world’s largest independent semiconductor foundry Taiwan Semiconductor Manufacturing Company (TSMC) is building these tiny sensors Apple secured after buying the leader in this field, Israeli-based AuthenTec, a year ago. Due to the fingerprint sensor manufacturing challenges, Apple could only put 3-4 million iPhone 5S units on sale in the third quarter versus the original ten million units target…

DigiTimes explains that production of the sensors got pushed back over the issues related to integration between iOS 7 and fingerprint chips, as well as a low yield rate at packaging firm Xintec.

Mass production of the fingerprint sensors was originally scheduled to begin in May at Taiwan Semiconductor Manufacturing Company (TSMC) and then to be packaged at Xintec, a TSMC subsidiary, the sources indicated.

Apple and TSMC already dispatched an engineering team to deal with the production crisis, the story alleges, adding Apple’s supply chain should be able to start volume production of fingerprint chips at the end of August.

Apple is expected to ramp up iPhone 5S production to 28-30 million units in the Christmas quarter, thanks to “sufficient supplies of fingerprint chips” form AuthenTec.

The addition of fingerprint scanning has been called the next iPhone’s killer feature that will obsolete the password by allowing users to authenticate themselves on websites and in apps simply by rolling their thumb over the Home button.

And by rolling out fingerprint sensors across all upcoming iOS devices, Apple stands poised to further demonstrate its gear is safe from malware, an important feat for corporate users. Moreover, the fingerprint sensor paves the way for a rumored iTunes mobile payment service.

Apple first used the sapphire crystal to protect the back camera lens on the iPhone 5S. As one expert explains, biometric sensors are extremely delicate, sensitive and prone to damage. As regular use wears down the capacitors, over time the sensor stops to work.

The problem is, the coating layer on the fingerprint sensor surface can’t be too thick.

Otherwise, the electrons from your body cannot reach the metallic surface of the sensor to generate a fingerprint image. That’s exactly why Apple is using the sapphire crystal to protect the sensor.

On top of that, the iPhone 5S is understood to incorporate AuthenTec’s RF and capacitive technology which is less susceptible to damage than the common optical recognition used in many other devices.

And if this patent (see the drawing above) is anything to go by, Apple could protect the delicate circuitry required to identify the handset owner by utilizing a unitary encapsulation structure to protect a biometric sensor inside a device.