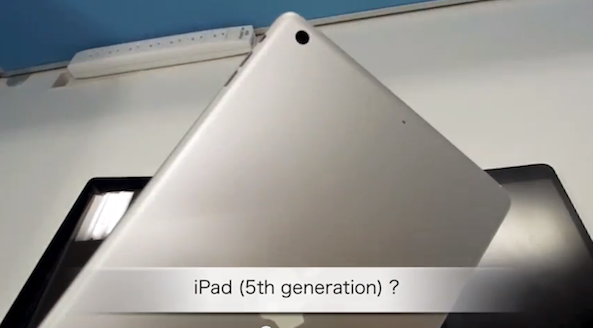 During Apple’s quarterly earnings call last month, Tim Cook said that the company had some “amazing new hardware” coming this fall. It’s something he’s mention several times over the past few months, and we’ve seen plenty of evidence to back it up.

Over the past 6 months, we’ve seen a number of purported part leaks for different rumored and anticipated Apple products. And today, we’re adding to the pile. This morning, two new videos hit the web of an alleged iPad 5 and the low-cost ‘iPhone 5C’…

The clips come from notorious part and product-leaker Sonny Dickson, who appears to have spotted and reposted the videos from Youku—an Asian version of YouTube. And, if legitimate, they show a partially assembled iPad 5 and the so-called budget iPhone.

Since late last year, we’ve been hearing reports that the fifth generation iPad was going to feature a major hardware redesign, and everything we’ve heard since then has corroborated that. The Chatter all points to a lighter, thinner tablet with a mini-like design.

One interesting thing of note here is that unlike the part leak shown in photos earlier this week, which appeared to have a silver Apple logo, the rear shell in the above video appears to have a translucent logo. Don’t get too excited though, it’s still pre-production.

Just like with the iPad 5, reports and rumors regarding the low-cost iPhone have been very consistent. We learned back in January of this year that Apple was planning on bringing a plastic handset to market, with a design likened to that of an iPhone 5 and iPod touch.

And this report has since been backed up by a number of [purported] leaked plastic shells, which we’ve now seen in at least 5 different colors. In fact, it’s believed that Apple will call the handset the ‘iPhone 5C’ or the ‘iPhone Color’ as a way to differentiate the device.

Both products are expected to launch in the fall, alongside other refreshes. A new flagship iPhone, said to be the iPhone 5S, is also on the menu, with an upgraded camera and built-in fingerprint sensor, as is a new iPad mini, which may or may not have a Retina display.

What do you make of all of this so far?