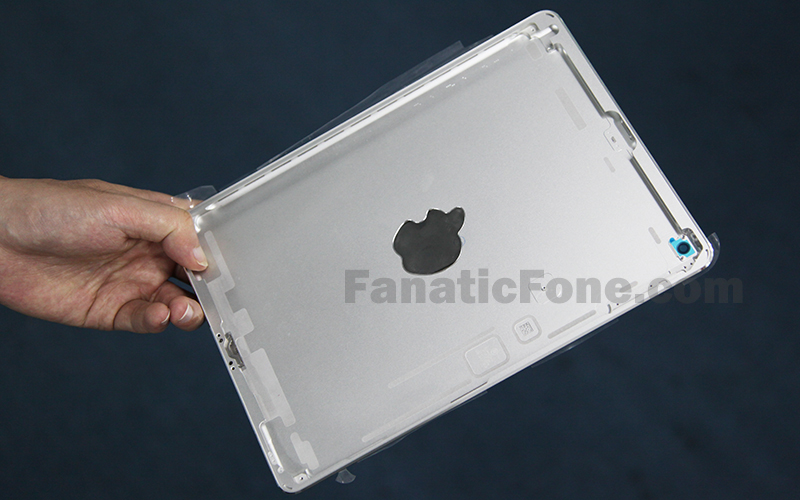 By all accounts, a fifth-generation iPad with iPad mini style design and skinnier side bezels should be coming this Fall.

Courtesy of the tech blog FanaticFone.com, we are now being offered new shots of the purported iPad 5 aluminum rear case which has all the holes in the right places, with closeups suggesting the premium Unibody fit and finish…

FanaticPhone says it obtained these shots from unnamed sources which in the past provided them with similar leaks. As seen on the top shot, the Apple logo is now in silver rather than black like its predecessors.

What’s interesting about this part is the distance between the border and the screen, which measures just 3mm. Here’s a closeup of the supposed iSight camera hole on the back. 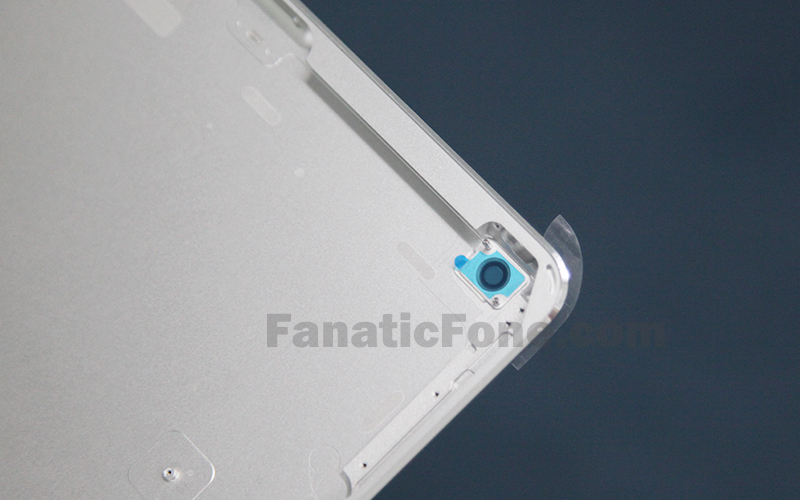 Unlike the current iPad 4, the volume button on this part is separated into two respective pieces, just like on the iPad mini. 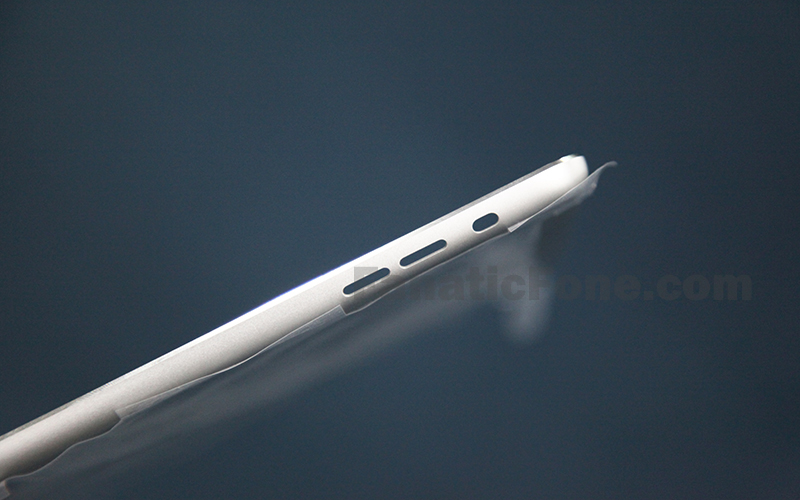 Last, but not the least, the bottom view depicts the Lightning I/O port along with stereo speaker grills. 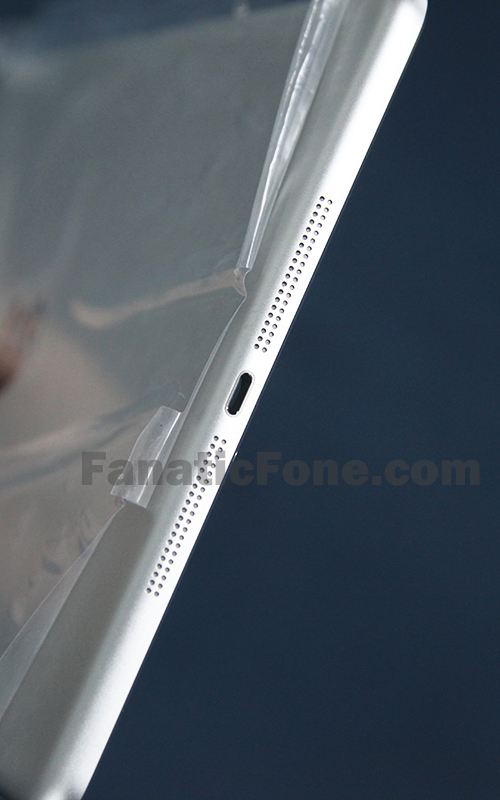 The entire backplate apparently weighs in at only 100 grams (3.53 ounces).

Do take this “leak” with a few grains of salt.

FanaticPhone’s track record is virtually non-existent and this part could just as easily be some Chinese company’s close approximation of the iPad 5’s rear case, produced purely on the rumor-mill chatter.

According to Taiwan’s DigiTimes, the next iPad could be 25 percent lighter than its predecessor and 15 percent thinner. It should be powered by Apple’s in-house designed (and Samsung-built) A7 processor and incorporate a GF2 touch panel for lower power consumption, a departure from the current iPad’s GG touch technology.