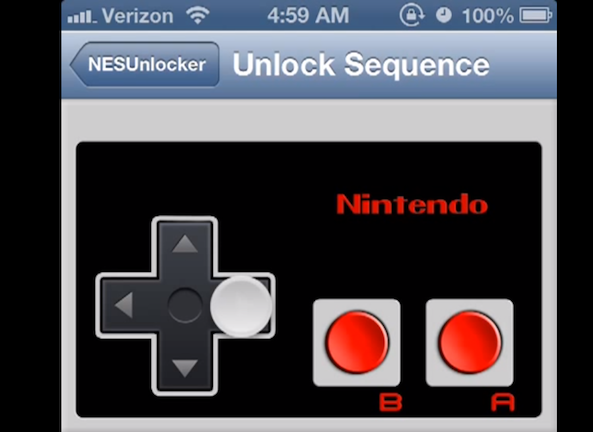 And today we’re adding a new one to the list, which might just be the coolest of them all. It’s called NESUnlocker, and it’s a new jailbreak tweak that allows you to unlock your iPhone by entering in a custom sequence of button presses on an NES controller…

It’s probably easier to just show you this thing in action, so here’s a demo video:

As you can see, NESUnlocker’s options panel can be accessed from the Settings app. Here you can enable and disable the tweak, as well as program in your custom unlock sequence using both the directional pad and the A,B buttons on a virtual NES controller.

Other than that, we don’t know much about the tweak, other than that the developer Stevie Hetelekides says that it will be available in Cydia soon. Obviously, we’ll let you know as soon as it hits.

So what do you think of NESUnlocker? Too bad there’s no Start button.