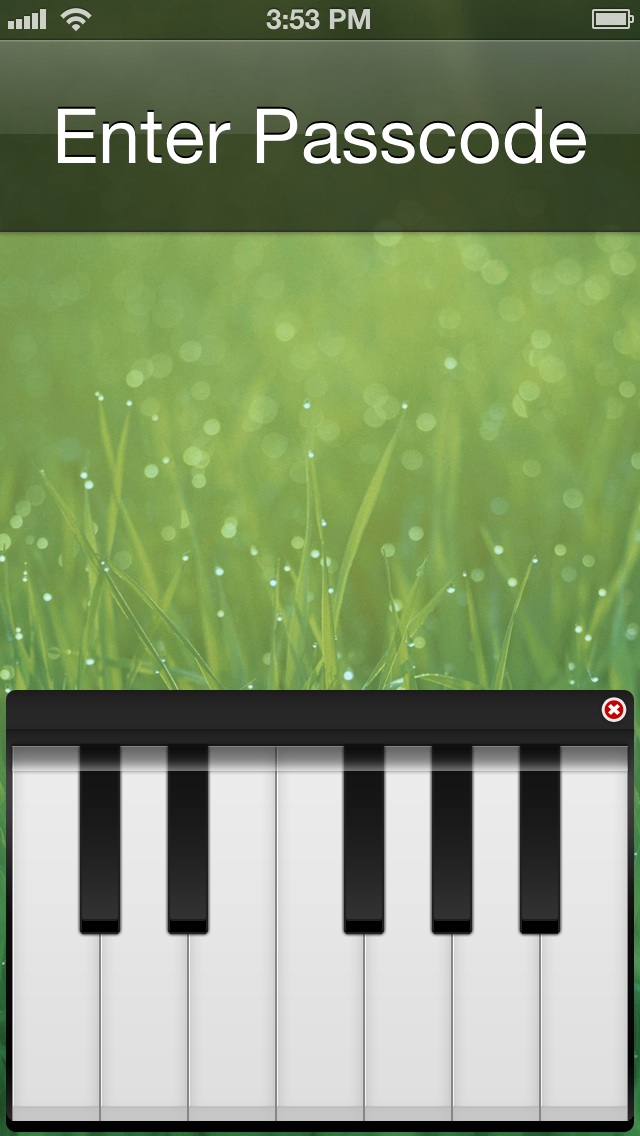 After some teasing, Piano Passcode has finally touched down on the Cydia Store, and I can confirm that it’s pretty sweet. The jailbreak tweak, which I’ve been testing for the last few days, allows you to replace, or augment the iPhone’s Lock screen passcode security system with 7 piano keys.

Each of the keys makes a distinctive sound, just as you would expect from a piano. It’s not perfect, but when used correctly, it can do a good job of spicing up the iOS Lock screen. Take a look inside as I break down the ins and out of Piano Passcode, and show you how to go about configuring it to work for you.

When you first install Piano Passcode, the tweak is configured with a passcode of 1234567. This number corresponds to each of the different keys on the keyboard. This means that on initial installation, you’ll simply press the leftmost key and make your way all the way over to the last key on the right in order to unlock your device.

If you want to play a specific tune, piano passcode can be quite challenging to configure. That’s because you aren’t playing a tune in the tweak settings, but are instead typing a sequence of numbers, which correspond to the keys on the keyboard. If there’s one major gripe I have about this tweak, this is it. In a future version, it would be nice if it contained a keyboard that can be played in the Settings app, that way you could easily create passcodes based on actually tunes, and not just numbers.

Piano Passcode contains a preference panel to configure the passcode and other settings. The first page of the panel, found in the Settings app, allows you to toggle the tweak on or off. You’ll also find a section to enable a secure mode, which helps Piano Passcode’s compatibility with other security based jailbreak tweaks such as iCaughtU. 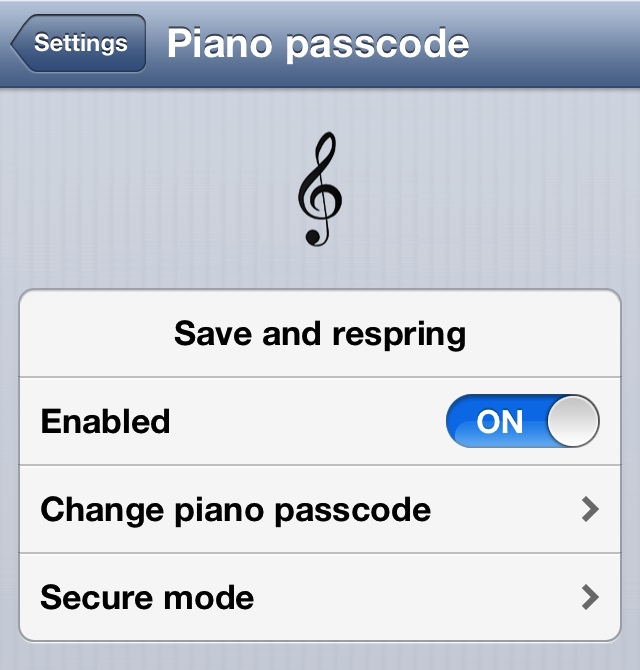 A handy respring button is provided right within the tweak’s preference panel, and it is highly recommended that you execute a respring whenever you change any of the tweaks settings, or iOS’ passcode settings. Speaking of iOS’ passcode, Piano Passcode does technically work when using it in conjunction with a stock passcode, but it’s certainly not recommended. Enabling both results in a small little ‘x’ icon in the upper right-hand corner of the Piano, which can be used to toggle the normal passcode unlock. 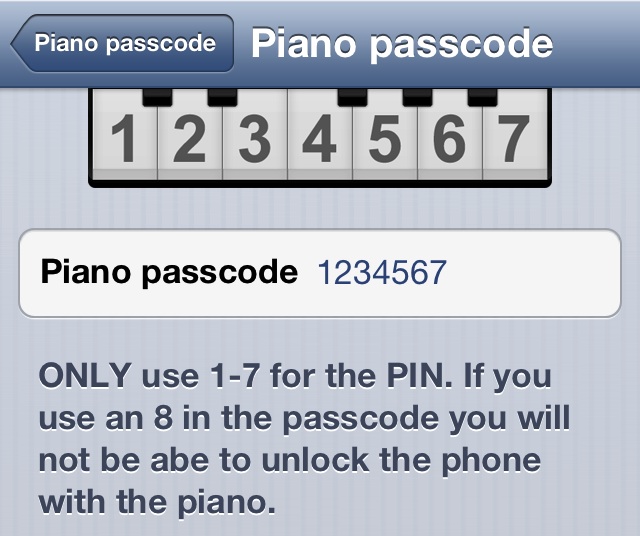 Overall, I found Piano Passcode to be a great way to freshen up the iOS Lock screen unlock experience. The setup of the actual piano tunes could be a bit more intuitive, but other than that, it’s a great tweak that works well if used in standalone mode.

Piano Passcode is now available for $0.99 on Cydia’s BigBoss repo. If you decide to take it for a test drive, then you know the drill, let us know what you think about it in the comment section below.