Just a quick note regarding a nice little feature discovery in Apple’s stock Mail app in iOS 7 that I haven’t seen reported on thus far.

Prior to iOS 7, creating a new message in the stock Mail app would normally default to your ‘send from’ email address specified in the Settings app. iOS 7 has changed this behavior, for the better.

You see, Mail in iOS 7 is smart enough to over time learn who you’re emailing and changes the ‘send from’ value accordingly to match the recipient’s domain. I’ve included screenshots and the full description right after the break…

I fired up the mail app and hit the New Message button to create a new email message to Sebastien. As you can see on the left screenshot, the Mail app defaults to my personal Gmail ‘send from’ address because that’s the way I set it up in iOS 7 Settings. 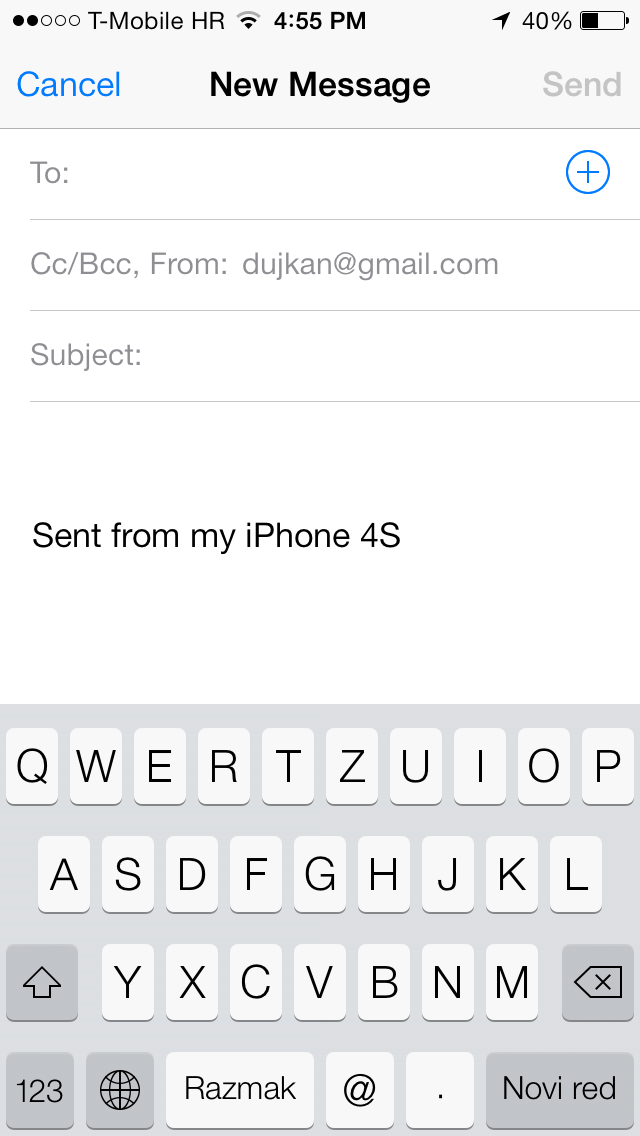 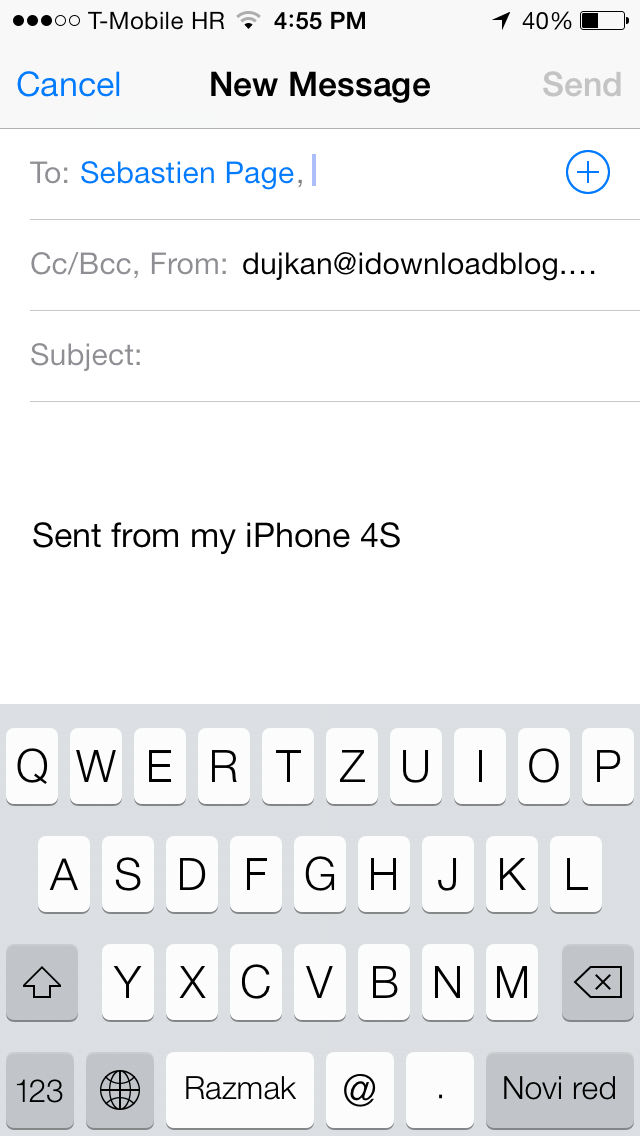 The handy feature isn’t matched on the domain name.

Instead, it learns your preferences by analyzing your usage patterns over time. For example, had I often emailed Sebastien’s Gmail from my iDB address, Mail would have figured that out and changed the ‘send from’ value accordingly.

What remains a mystery is how quickly iOS 7 learns what ‘send from’ to use. Based on my experience, it would take a couple email messages to a person.

It’s yet another useful iOS 7 enhancement that adds up to the frictionless experience in Mail. It’s not just Mail: Apple has also enabled direct Google Contact sync in iOS 7 and the system keyboard is now smarter, too.

You may also want to check out other headline new features in iOS 7 we’ve covered extensively here on iDB.

So, do you like the intelligent ‘send from’ feature in iOS 7 Mail?