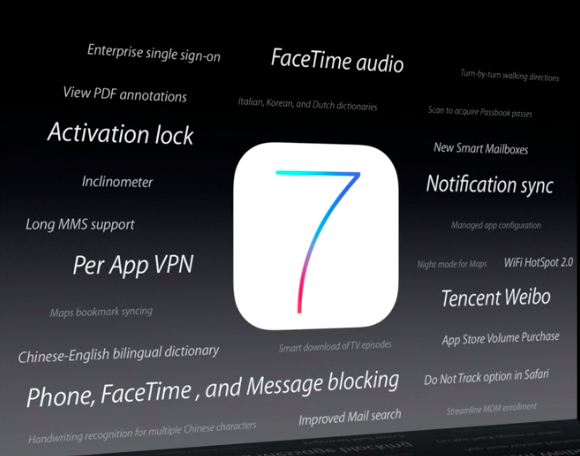 Apple showed off a lot of cool new features in iOS 7 this morning. There’s the anti-theft measure, called Activation Lock, and ‘iOS in the Car,’ which lets users mirror their iPhone screens on in-car displays. And don’t forget about the new iTunes Radio.

But there’s also a lot of stuff in iOS 7 that Apple didn’t talk about today, due to time limitations and other restrictions. And looking at this slide behind Tim Cook at the end of the keynote, there’s at least 24 features that weren’t mentioned today…

Remember, this is just the first of what will likely be 4 or 5 beta releases before iOS 7 lands this fall. Also keep in mind that Apple typically saves one or two big features to announce alongside a new iPhone, which too is expected in the fall.