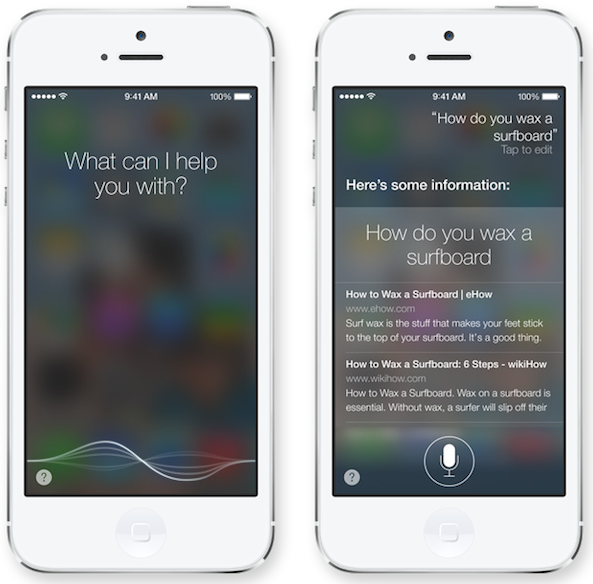 Apple’s system-wide overhaul in iOS 7 brings a new look to everyone’s favorite snarky digital assistant. Siri gets a complete makeover in the update with a new UI, new animations, and more realistic-sounding voice samples—now available in both male and female voices.

In addition to the redesign, Siri also gets a handful of new features and other improvements. Phil Schiller says that it’s smarter, with faster responses, in-app Bing search results and links to Twitter, and deeper vehicle integration for automakers to take advantage of…

Siri in iOS 7 gets a new look, a new sound, and new capabilities. It features a redesigned interface that fades into view — on top of whatever’s on your screen. A more natural speech pattern — in a new female or male voice — is even easier to understand. Siri is faster at answering questions and checks more sources, such as Bing, Wikipedia, and Twitter. And it takes on extra tasks, like returning calls, playing voicemail, controlling iTunes Radio, and more. 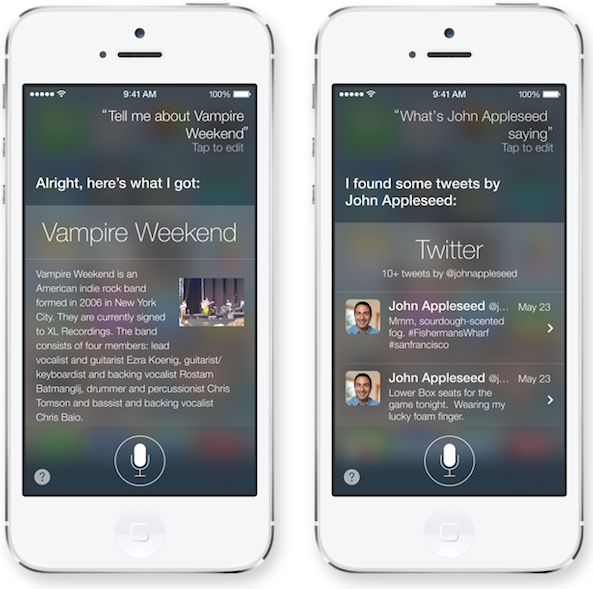 Siri also picks up Wikipedia integration, meaning it can pull in results from the popular open source encyclopedia directly into its query results page. Everything is presented to you on a nice, transparent background, making your results easier to read.

And finally, the digital assistant can now present you with photo search results. So if you were to ask her to show you pictures of cute puppies, or something similar, she can pull up a page of thumbnails. And then tapping on a thumbnail gives you the full image.

As for the deeper vehicle integration, Apple introduced ‘iOS in the Car.’ The feature apparently mirrors your iPhone on your in-car display, similar to AirPlay, allowing users to access Maps, messages, and other services without having to take their eyes off the wheel.

Apple says that it has been working with numerous auto-makers to get this right.Honda, Mercedes, Nissan, Ferrari, Chevrolet, Kia, Hyundai, Volvo, Jaguar, have all pledged support for the feature and are planning to start adding it to their 2014 model vehicles.