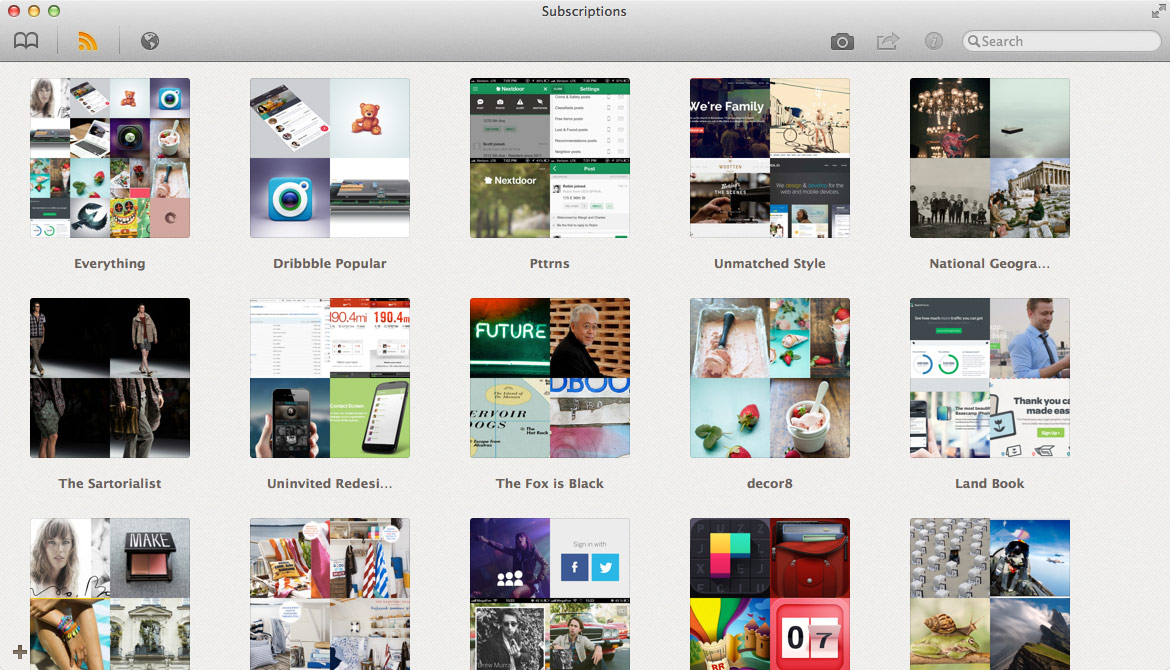 I’ve been growing increasingly frustrated with the note-taking giant Evernote‘s decision to buy Skitch, my favorite screenshot-taking and annotation app. Very little have I seen in terms of meaningful enhancements and new features post-buyout.

Making matters worse, I’ve never been a huge fan of Evernote. You could say I downright hate how notebook organization, recipe management, saving web clips or just jotting down a few quick thoughts in Evernote is such a cumbersome and resource-hungry experience (plus, it’s high maintenance).

There’s definitely a market for a decent scrapbook app out there, one that’s been written from the ground up to take advantage of the latest and greatest software technologies, with a strong focus on simplicity and ease of use.

That’s where Realmac Software’s Ember for Mac jumps in. You can tell it’s special because Realmac are the same guys who brought you the popular Clear multitouch to-do app for iOS/OS X and the delightful Analog Camera for iOS…

Realmac teased Ember for Mac last week, by the way.

First things first: the app has replaced Realmac’s popular LittleSnapper software. Now, Ember is a totally new program with many more features and advanced capabilities than LittleSnapper. However, LittleSnapper fans may feel a bit bummed that Realmac has pulled LittleSnapper from the Mac App Store following the Ember launch.

As a consequence, LittleSnapper users upgrading to Ember will have to pay the full price because Apple doesn’t provide the upgrade pricing feature for Mac App Store apps.

If you’re coming from LittleSnapper, Ember can import your existing libraries. 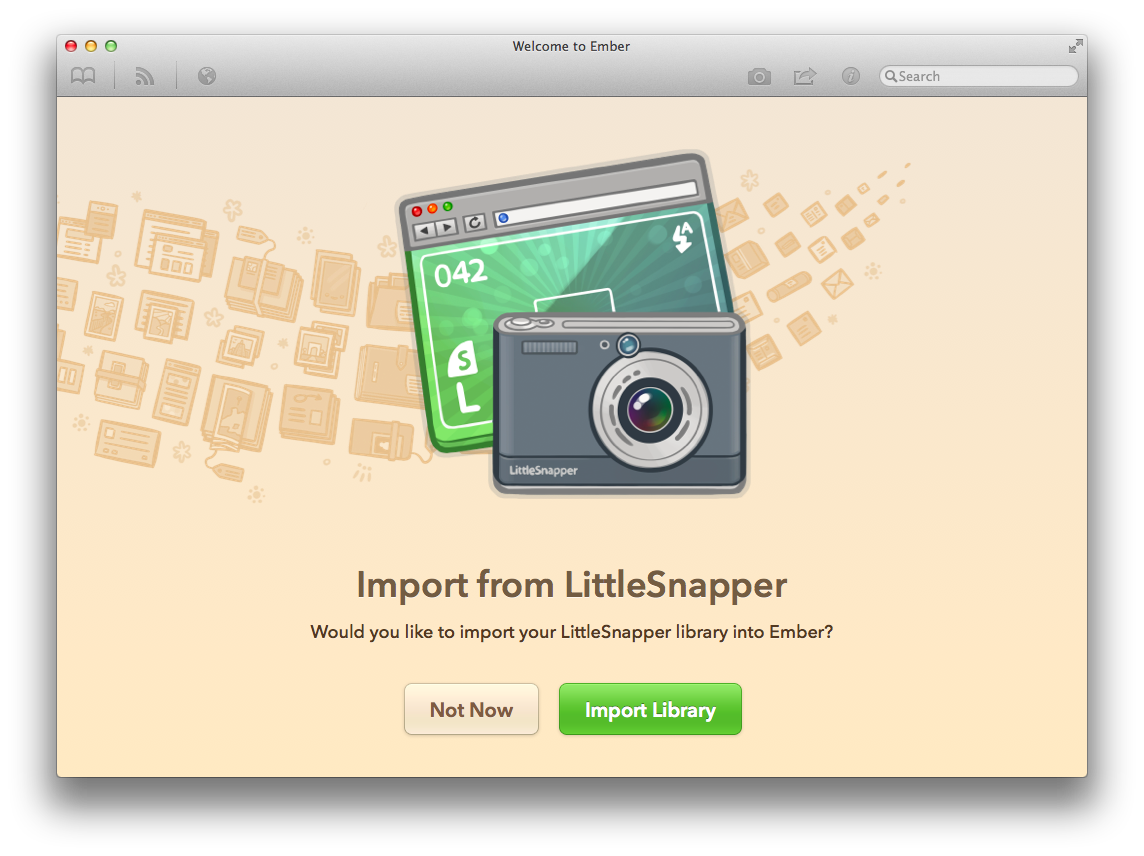 So, what is Ember?

Billed as a digital scrapbook of things that inspire you, “built exclusively for the Mac for creatives people.” Basically, Ember is a central repository for the various bits and pieces of information you want to save for later, be it websites, photos, apps or other things.

You can organize your photos into Collections, import images by drag-and-dropping, annotate and share them, take screenshots, apply tags to images, build Smart Collections based on the tags and other metadata in your library and much more.

You’ll need a free Safari or Chrome extension to save websites to Ember or send images to Collections, even when the Ember app isn’t running (works if you enable the “Always Enable Browser Extensions” option in Preferences).

The extension takes into account the width of your browser  window when snapping so the layout is exactly the same in the captured image.

I also fell in love with Ember’s screenshot-taking capabilities.

Keyboard shortcuts (Fullscreen, Timed Fullscreen, Area and Window) are pretty smart: all screenshots taken with Ember are automatically imported into your library. Each gets the name of the app applied to it, which I think works much better than the time stamp OS X defaults to.

Ember rules in terms of managing iOS screenshots on your Mac.

The app auto-detects iOS screenshot files (saved as PNGs) so dropping them from your iPhone or iPad on the Ember window automatically imports and sorts the screenies into their respective ‘Phone’ and ‘Tablet’ Collection. 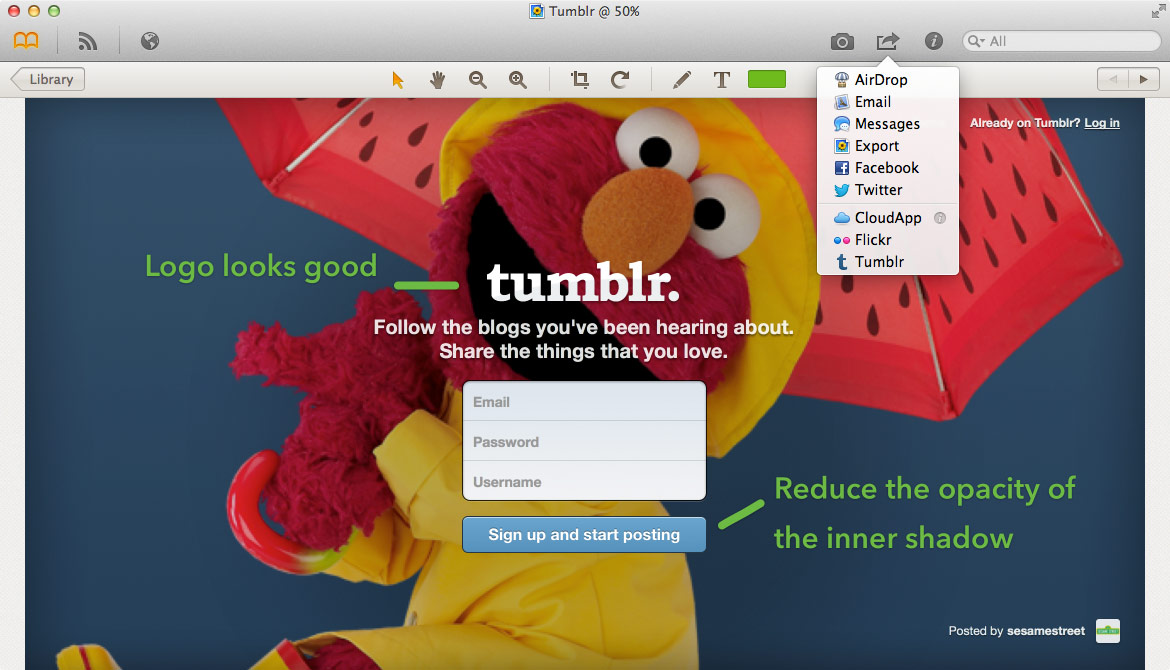 Annotation features include text and drawing tools, like cropping, rotation and more.

There’s also a built-in browser (see above), useful when you want to save webpages in any desired width. Multiple iDevice width presets let you capture webpages for pixel-perfect iOS device representation. To grab a smaller piece of web content, hit the Element Selection mode that detects appropriate areas of the webpage to snap as you roll over them.

Just like Skitch, Ember has a decent collection of dramatic arrows and other commonly used vector objects that can really make a difference in accentuating your feedback. 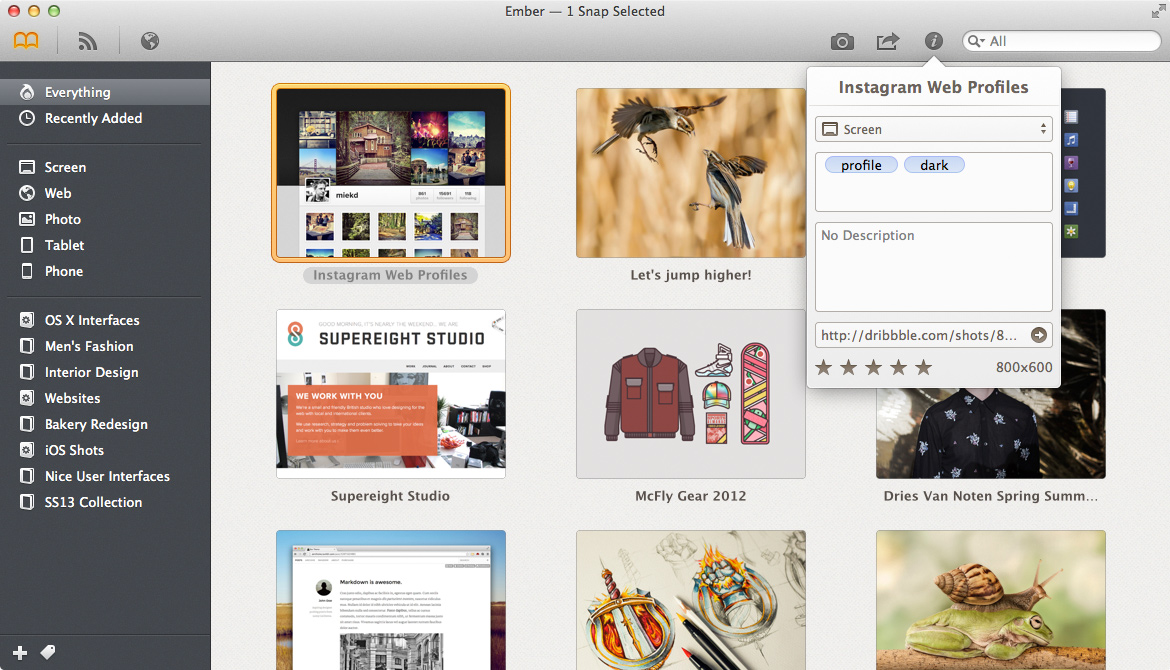 • Organise your ideas and design inspiration – Drag in images from your Mac and around the web, and organize them into Collections. Apply tags to images, and build Smart Collections based on the tags and other metadata in your library.
• Subscribe to your favorite websites – Subscriptions allow you to visually browse the web. Images can be saved to your Ember library, and shared with friends and co-workers.
• Build a scrapbook of designs you love – Save websites to your Ember library from Safari and Chrome with the powerful browser extensions. Ember doesn’t need to be running*, and you can send images to collections right from your browser. Ember uses the width of your browser window when snapping, meaning that the layout is exactly the same in the captured image.
• Built-in browser – Ember also features a responsive browser, allowing you to save responsive webpages at any desired width, and the Element Selection mode detects appropriate areas of the webpage to snap as you roll over them. There’s even handy presets for your favorite iOS devices to quickly set the browser width.
• Take Screenshots – Take screenshots with Ember, and they’ll automatically appear in your library with the name of the app applied to them. You can capture Fullscreen, Timed Fullscreen, Area and “Window” images.
• Sketch feedback on your images – Beautiful drawing and text tools allow you to give feedback on images. Cropping and rotation ensure that your images are always perfectly sized and aligned.
• Go Full Screen – Work undistracted with Ember in its own space.
• Share with friends and co-workers – Send your images with Email, AirDrop, Messages, Twitter, Facebook, Tumblr, Flickr and CloudApp
• Auto-detects iPhone and iPad screenshots – Library organization has never been easier: just drag in those PNGs from your favorite iOS device and Ember will automatically sort them into “Phone” and “Tablet” for you!
• Import from LittleSnapper – Ember imports libraries from LittleSnapper, and adds them to your Ember library.

Should you want to take the plunge, Ember will set you back $49.99, which reflects its premium features, polished and animated interface, its sleekness and usefulness.

To me, this could be an Evernote replacement I’ve long been yearning for.

In case you’ve been wondering, yes developers plan to support iCloud in a future release (hopefully, an iOS edition is on the roadmap, too). For what it’s worth, the developers pledged to ship frequent updates “with even more features and improvements”. 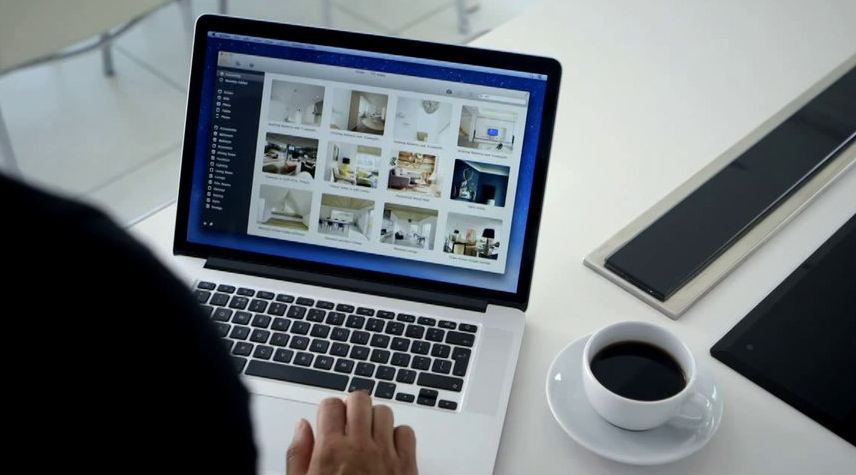 To learn more, head over to the Ember micro-site on the Realmac Software website.

Note that because developers built Ember on top of the latest and greatest OS X technologies such as native sharing and full screen, you’ll need at least OS X Mountain Lion version 10.8.3 or higher.