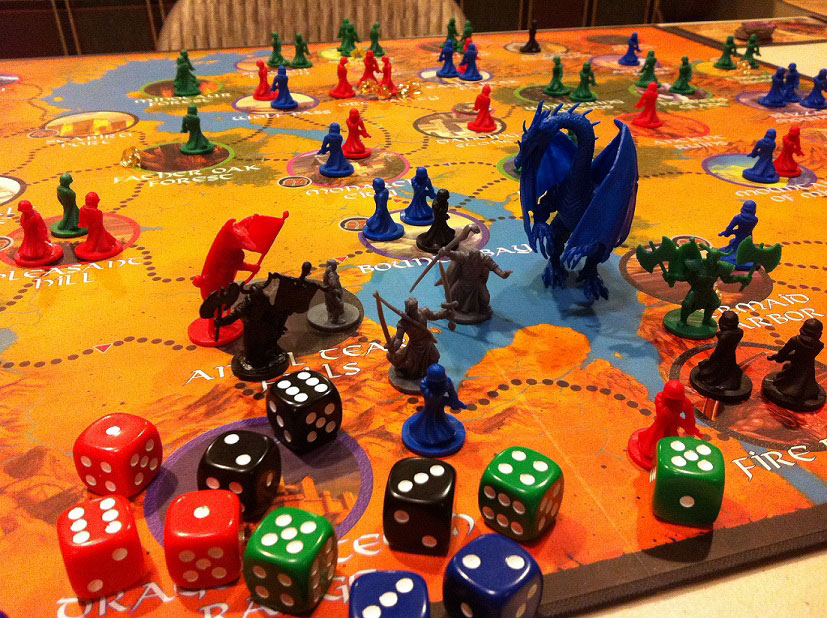 If you’ve read some of my previous reviews, you’ll know that I am a huge fan of board games. The more complex and challenging, the more I like it. I love punching out 100 different little cardboard tokens. I like the sound of two six-sided dice clicking together in my hand. 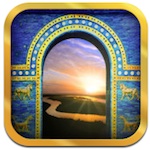 For a great empire building game, look no further than Knizia’s popular temple and tower game set in the desert lands. Create a well-balanced kingdom and overthrow your opponent as you spread across the open environment. Players must populate their cities with the different spheres of civilization. Play a leader, then follow up with support groups. This game requires plenty of advanced strategy and well thought out plans. Invade other kingdoms by placing your tile in their region to create conflict. The player with the most land and best balance kingdom wins. After I played this on the iPad, I went out and bought the physical game the next weekend. It’s that good. This game is available for $4.99. 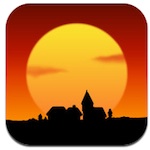 Who doesn’t love a good old-fashioned land grab? Catan will have you building roads, trading resources, and becoming the fattest cat on the island. Compete with up to four players to end up with the most settlements. If you build your roads properly, you’ll find yourself at the head of the party. Trading resources will help you with the building process. You can’t win without making a few compromises. Now, you can even play the two popular expansion games, “Seafarers” and “Cities and Knights.” This game is available for $2.99. 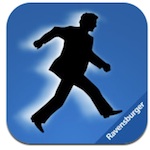 In this cat-and-mouse style game, either play as the elusive Mister X, trying to avoid being captured by the police, or as a member of the police force, trying to find out where Mister X is hiding out. The bad guy gets to roam around on the board, invisible, while the police team must track down his whereabouts using a bit of sleuthing and detective work. You can play with up to six others in a pass-and-play style game or through local Wi-Fi and online using Game Center. If you are playing alone, you can take control of all five detectives or try to capture the sneaky killer with only one cop. This game is available for $5.99. 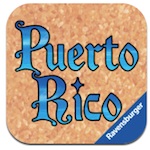 This is another in the classic empire-building genre. You’ll be leading your town into greatness as one of Puerto Rico’s important governors. You will be collecting and trading resources, maintaining a thriving economy, and heading out to find other lands to conquer. You can compete with up to four other players in pass-and-play or local Wi-Fi. You can try your hand at government, scouting, trading, building, and more. If you want something done right, you’ve got to do it yourself. This game is available on the iPad for $6.99. 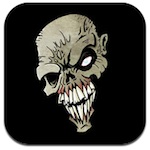 This pick-up-and-play dice game by Steve Jackson makes it incredibly easy to have fun without even needing a second player. You have three dices, each with one of three different icons. The walk icon lets you role again, the brains icon gives you points, and the explosion icon means you’ve been shot. Get shot three times and your turn is over. Collect brains by rerolling dices over and over again until you decide to end your turn, or get shot three times and lose everything. The free version is only for solo game play, but you can unlock the full version, which includes multiplayer mode and some better in game features, for only $0.99. This game is available for free. 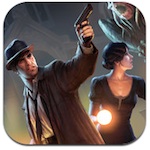 If you are a fan of Cthulhu style horror board games, you don’t want to miss out on this fun fantasy game. You will build a team of investigators, each with different strengths and weaknesses, to try to stop the Ancient Ones from entering our world. Not only will you be using your magical abilities to fight horrific monsters, you’ll also be working non-stop to close the gates that will ultimately bring forth the biggest monster of all. Your characters use sanity and health to stay alive. If you lose too much of one or the other, they will die. This game is available for $3.99. 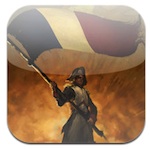 If your youngster is learning about the French Revolution in school right now, why not make it a little more interesting with this educational board game that offers up some interesting historical facts about France between 1789 and 1802. This dice-based strategy game features important battles that took place during the French Revolution. If your army rolls higher than the enemy, you’ve won the round. Not only must you face the enemy on the battlefield, but you must balance the political aspects of the war as well. There is no multiplayer mode. You will be fighting solo against the invading armies. This game is available for $4.99.