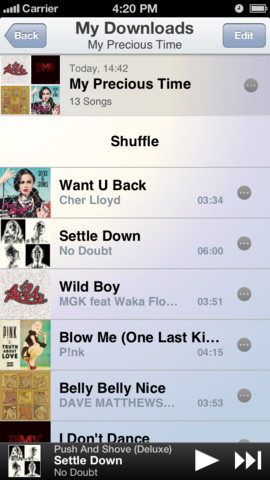 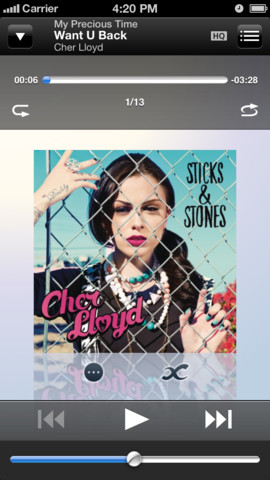 Sony back in May promised to update the iOS client supporting its Music Unlimited service with the much-needed offline playback and support for high-quality 320kbps AAC streaming. The refreshed software was originally meant to surface in the App Store shortly, but it got lost in the approval limbo. Sony finally today put out a press release announcing availability of Music Unlimited version 1.3.1 with offline playback, high-quality streaming and more…

If you’re not familiar with Music Unlimited, it’s a Sony-owned music streaming service that comes with 20+ million licensed songs from all major labels, as well as from indies and major publishers.

Available in 19 countries as of May 2013 and originally launched in December 2010, Music Unlimited is preloaded on the PlayStation 3 console and available across Sony and non-Sony connected devices, including Mac and Windows PCs.

Here’s a promo video from two weeks ago.

Like Spotify, the offline feature lets you save songs, albums and playlists for later listening when without an Internet connection. This feature has been available for some time in Music Unlimited Mobile App for Android.

The interface has been re-worked around the tray-menu metaphor that seems to be prevalent these days. Most importantly, you can now choose to stream songs in high-quality 320kbps AAC format, which puts Music Unlimited on par with Spotify. 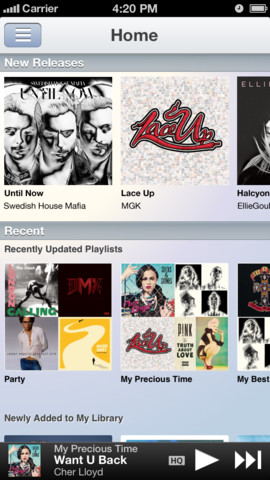 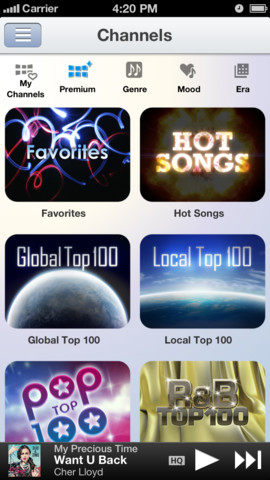 The application is available free on the App Store and is compatible with the iPhone 3GS/4/4S/5 and iPod touch devices running iOS 5.1 and above. Unlike Apple’s free iTunes Radio, however, Music Unlimited is ad-free and allows for unlimited song skipping.

Going Premium puts the entire Music Unlimited catalog at your fingertips while allowing you to add songs or albums from the catalog to your own library, create playlists online and edit them using the mobile app.

For a limited time, a 12-month Premium subscription is just $41.99 (a 65 percent discount) for the members of Sony’s PlayStation Plus club. You can subscribe to the service through the Music Unlimited app on your PlayStation 3 or by visiting the official website.

Those planning on using Music Unlimited on their iDevice should first create an account by visiting MUnlimited.com/iOS using a PC or Mac.