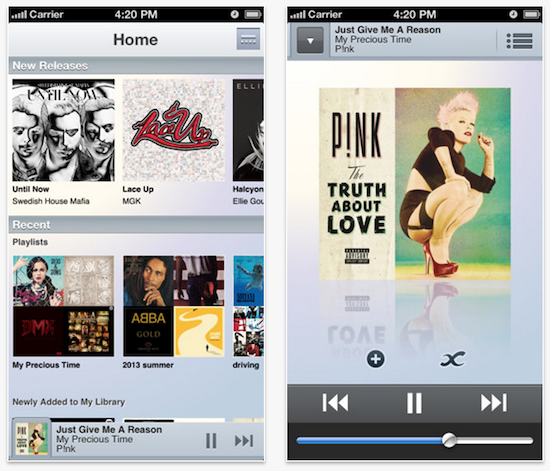 Sony’s Music Unlimited is still relatively new to iOS. The app, which requires a subscription to the like-named service, just launched on the iPhone last year, giving similar streaming offerings like Spotify and Rdio at least a two year head start on the platform.

But it’s doing its best to catch up to the rest of the pack. Sony announced today that it has submitted a significant update to the App Store for its iOS app that includes a number of new features including offline listening, 320kbps streaming audio, and more…

9to5Mac points to a new post on Sony’s Music Unlimited blog that details its upcoming app update. For starters, users will be able to stream their music in ‘crystal clear’ 320kbps AAC high fidelity audio, as well as download albums and tracks for offline listening.

“Similar to the Music Unlimited Android app, iOS users can now download individual albums and tracks, as well as any playlists they have created to their device and enjoy music even when a cellular or Wi-Fi connection isn’t available, or when they want to conserve battery life or curb data usage.”

Sony posted this video alongside the announcement:

Again, there’s nothing groundbreaking here. Spotify users can stream high quality 320kbps audio via their mobile app and can download music for offline listening. But Sony’s service has thus far had trouble attracting users, and this is a good start to changing that.

And it doesn’t stop there. Sony is, for a limited time, offering a 12 month Premium subscription to its Music Unlimited service to PS Plus members for just $41.99—over 65% off its usual price—and $59.99 for those who don’t have a PS+ membership, or $5 a month.

If you’re interested, you can grab the Music Unlimited app from the App Store for free. The update should go live any time now.

What do you think, will these changes make you want to give Sony’s music service a shot?