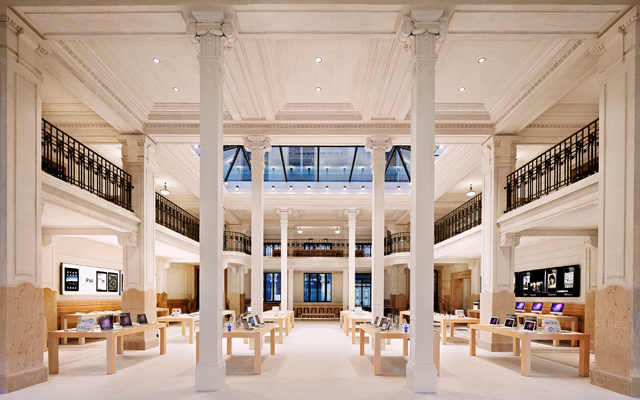 Apple’s woes with French authorities persist with news that the country’s watchdog has conducted a thorough raid of the company’s offices over accusations of unfair business practices. According to local news reports, French watchdog is investigating claims that Apple has screwed the country’s major wholesalers and distributors by offering better deals with its own retail stores.

This isn’t actually terribly surprising given some third-party retailers have been complaining for years that Apple has been discriminating them. However, this is the first time a major antitrust organization is investigating the company over the assumed business practice…

The Next Web remarks that eBizcuss, an Apple reseller in France, sued the firm back in December 2011 over “abuse of dominance”, “abuse of economic dependence” and “unfair competition”.

The company claimed that it suffered a 30 percent drop in business across its 16 locations during the third quarter of 2011 because its supply of iPad 2 tablets and MacBook Air laptops “dried up.” The company then went into liquidation on 31 July, 2012 after 36 years of trading.

The Wall Street Journal explains that the watchdog is looking into Apple’s terms for independent wholesalers and retailers concerning its smartphones, tablet, laptop and desktop computers.

These retailers claim “Apple violates existing agreements by favoring its own stores”.

Just recently, Apple relented in France and other EU countries by agreeing to the obligatory EU-wide two-year warranty.

This follows a $264,000 fine in Italy where Apple was found guilty of including only a single-year of warranty while failing to properly communicate EU-wide warranty rights to buyers.

Apple also failed to pay $6.5 million in taxes on iPad sales in France.

The French association SACEM which controls royalties discovered that even though Apple had charged iPad buyers a one percent tax for cultural works, it didn’t pass the money to the organization.

And as if that weren’t enough, the European Union regulators are probing Apple over the iPhone distribution agreements with European carriers who complain about “unusually strict” terms, accusing the firm of anti-competitive behavior.

Picture above: the Apple Store Opéra in Paris, France.