As if Apple’s recent woes with the United States government over offshore tax havens weren’t enough, the French association SACEM (they control royalties) has now discovered that even though Apple did charge iPad buyers a 1 percent tax for cultural works, it’s failed to pass the money to SACEM.

The inexplicable slip up could cost Apple dearly, especially in light of the recent debate over how U.S. corporations creatively pay little to no taxes on the revenue earned from overseas sales…

The finding was first published by the French publication Rude Baguette.

The Next Web explains the SACEM tax:

The ‘copie privée’ is a tax in several countries, including France and Germany, that is applied to all digital devices that can transfer, read or otherwise make use of copyrighted material.

The tax goes to the SACEM, which then takes the lump sum of all the taxes collected and deals them out to authors, creators, producers, actors, etc. accordingly.

Apple has been accused of failing to pay five million euros in royalties and taxes on iPads sold in 2011. The sum works out to approximately $6.5 million.

It wasn’t immediately clear whether this was just a slip up on Apple’s part or whether Apple has taken an issue with ‘copie privée’.

This way or another, Apple will have to pay the money to the SACEM and should consider itself lucky if it manages to escape the scandal unscathed.

The French government previously took an issue with Apple’s controversial removal of the app recommendation engine AppGratis and is taking a closer look at the tax avoidance tactics by Apple, Microsoft, Google and others.

As you know, U.S. Senators (who have been accused of being Apple fanboys) grilled the company’s top executives over refusing to repatriate earnings made overseas, which would mean paying the high U.S. corporate tax of 35 percent. 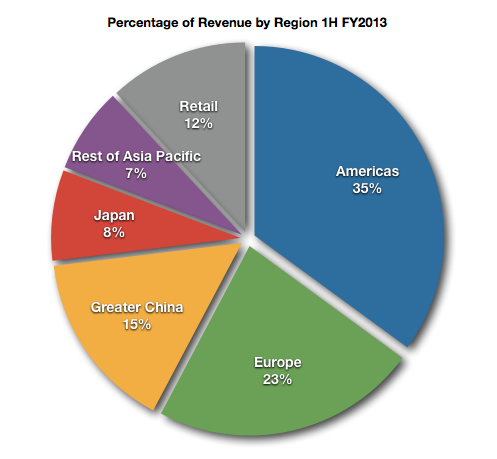 Apple, along with other companies such as Coca Cola, Microsoft and Google, has for years been perfectly legally utilizing a complex web of offshore accounts and subsidiaries to funnel the money and pay a single-digit tax in countries like Ireland.

A former U.S. senator defended Apple by cautioning the government is now chasing corporations for exploiting the loopholes in America’s corporate tax code that it had created itself.