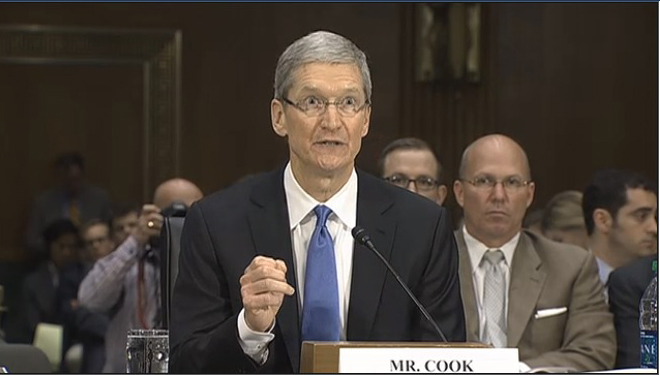 Earlier this week, Apple’s CEO Tim Cook came to Washington and escaped unscathed. The focus of media coverage has now seemingly moved away from Apple to the greater tactics some of the well-known corporations use to funnel their money using the world’s tax havens – and perfectly legally, too.

But the hot topic isn’t going away as the nearly bankrupt government seeks ways to tax hundreds of billions of dollars kept overseas. And per usual, the American political satirist and the Daily Show host Jon Stewart has jumped on the opportunity to exploit the controversy.

I don’t want to spoil the fun for you, but he’s asserting U.S. senators are Apple fanboys. The clip is right after the break…

Check it out embedded below or over at the Daily Show web site.

So, funny or what?