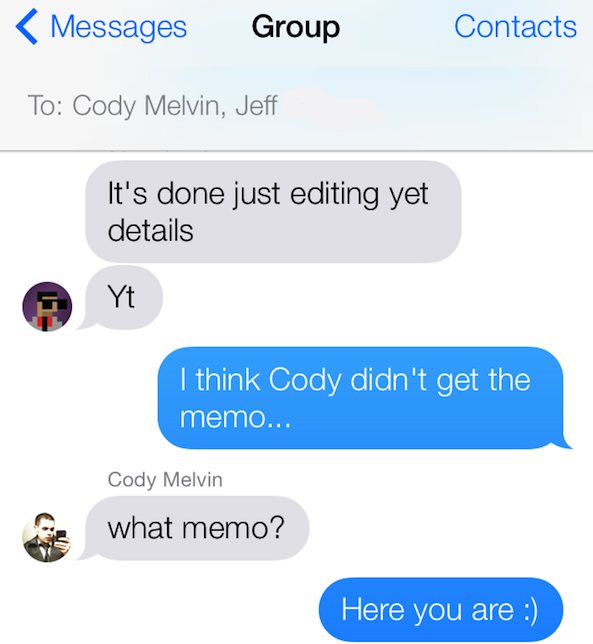 Earlier today, Apple released the second beta of its next-generation mobile operating system, iOS 7, to developers. The update comes exactly two weeks after the original beta of iOS 7 was released, and brings with it a number of new features and improvements.

Thus far we’ve covered the revamped Voice Memos app and new Siri voices, and now we’re going to talk about the different changes in the stock Messages app. Apple has added contact photos to group conversation threads and a few other UI enhancements…

Here’s Jeff with a hands-on look at the beta 2 changes in Messages:

Unfortunately, it appears that this is only the case when in group conversations. So you have to be talking with multiple people to see the contact photos. I’d like to see the photos everywhere in Messages, including the main window that shows all of your convos.

Other changes in the app include what looks like thicker text on the Send button — in beta one, the font was very thin — as well as enhanced ‘send’ animations. And also, there are now timestamps for each message. Simply swipe to the right on a Message to reveal. 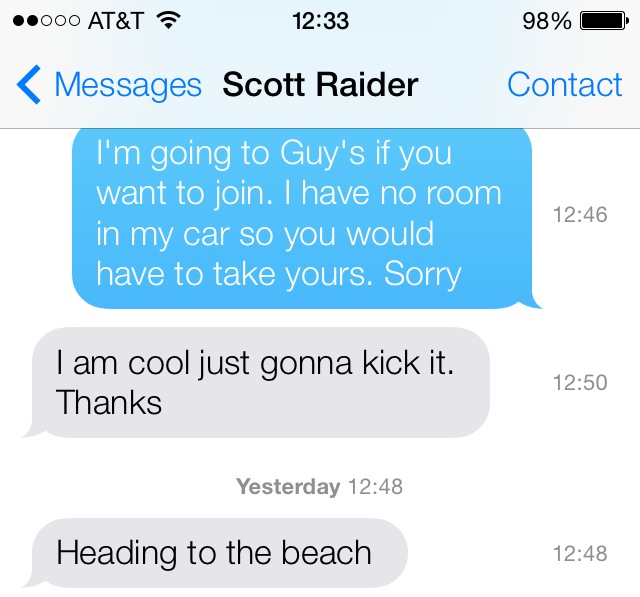 Of course, these are just a few of the changes in the Messages app for iOS 7. If you haven’t yet, make sure to check out our complete rundown of the revamped application. Otherwise, stay tuned to iDB today for more coverage on the new features/changes in beta 2.

How do you think the Messages app is coming along?