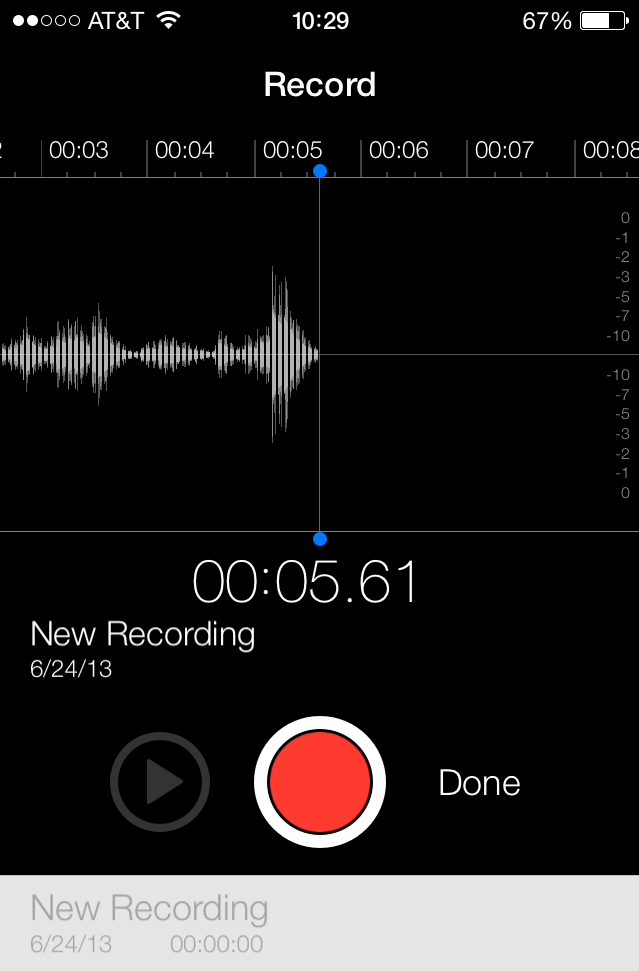 A few moments ago, Apple released the second beta of its next-generation mobile operating system, iOS 7, to developers. The first beta, which was released two weeks ago today, featured a number of UI changes and new features. And today’s update adds to that.

One of the bigger changes we’ve noticed in beta 2 is that Apple has re-added the stock Voice Memos app. The utility was missing from the original iOS 7 release, leaving some folks to speculate that Apple was getting rid of it all together. But that’s not the case…

As you can see in the screenshot above, the app has received the full iOS 7 treatment, complete with a flatter UI design (gone are the microphone and volume needle graphics) and text-based navigation. There is also now a large graphic that shows noise wavelength.

Functionality-wise, however, not much has changed. You can still record notes at your convenience, by tapping the red Record button, and playback your recordings in-app. This time, however, you can view your list of recordings by tapping toward the bottom of the app.

Stay tuned to iDB today, as we continue to highlight all of the changes found in iOS 7 beta 2.