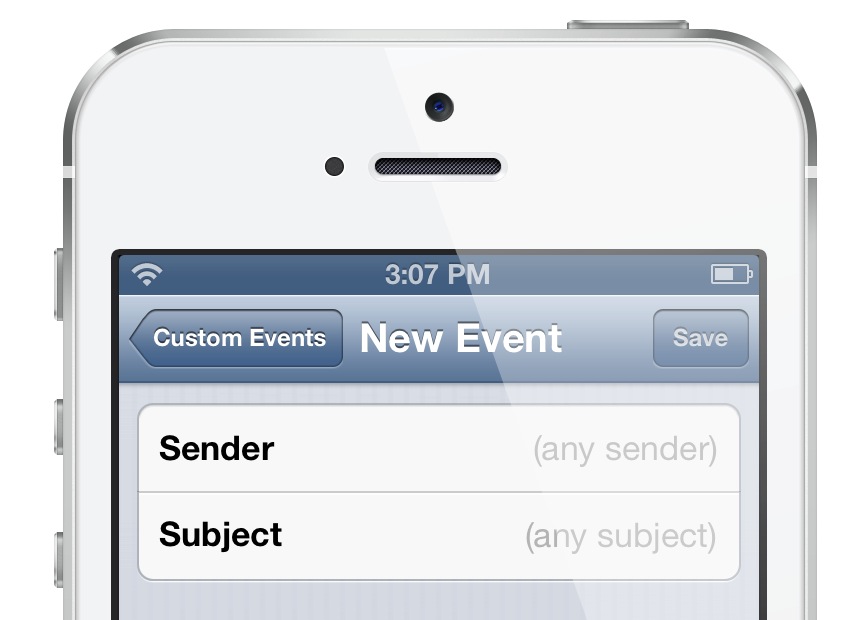 After a marvelous update that brought us flick icons gestures, Ryan Petrich is still at it. This time, we’re all the way to Activator 1.7.5 beta 8. The last couple of Activator beta releases have added a few new handy features to the fold, and I’d like to take the time to tell you about them.

First up to bat is a new gesture that allows you to take advantage of a simultaneous press of the Home button and Sleep button. If that combination sounds a bit familiar to you, it’s because that’s currently the stock gesture combination for taking Screenshots on iOS. This means that you can basically reassign the stock screenshot gesture to do something completely different.

Lastly, but certainly not least, is a new custom trigger that allows you to execute an action when you receive an email from a specific sender, subject line, or a combination of the two. Check inside for our full video walkthrough that showcases all of the goods in action.

These new features aren’t as flashy as the last big update, but it certainly makes Activator an even deeper app than it already is. I especially think that there’s an absolute ton of potential with the new custom email triggers. Think about it for a minute — this is just the proverbial tip of the iceberg.

Imagine having triggers for specific iMessages, or phone calls from specific people, or even tweets from specific accounts. How about this: a trigger that will make the LED flash pulsate when you receive an important text message? The sky is pretty much the limit here, and I can’t wait to see what’s in store for the next big update.

Also, it you haven’t seen the PebbleActivator companion release for Activator, then you’ll want to check out this post, especially if you happen to be the owner of a Pebble watch. As always, if you want to try out Ryan’s beta creations for yourself, then you’ll need to add his Cydia repo to your Cydia sources: http://rpetri.ch/repo/

Let me know what you think about the latest version of Activator in the comments below. And share with us any gesture, trigger, or action ideas you may have circling around your mind.