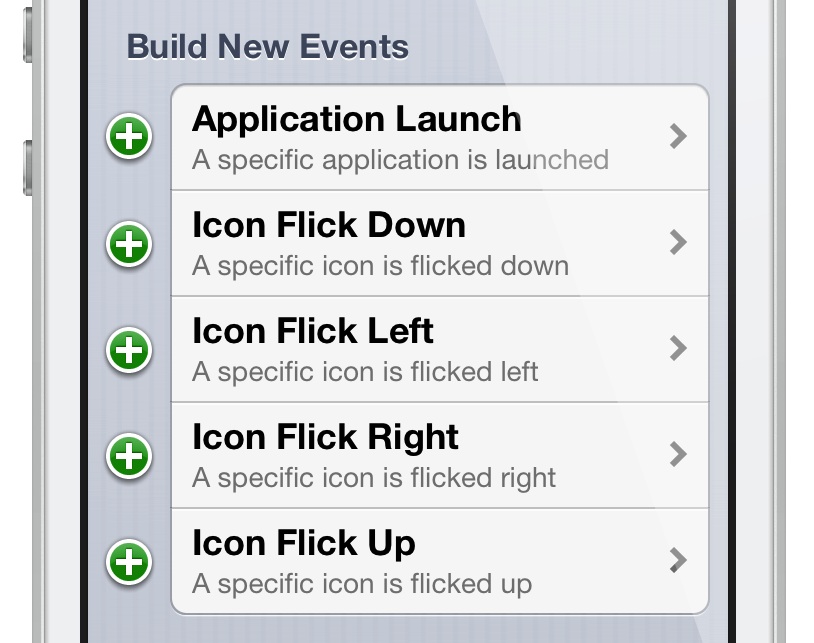 Activator has been around for a long time, and it’s safe to say that it’s a staple jailbreak app, and probably a little bit under appreciated. While new fangled tweaks seem to get all the shine, Activator, the gesture plumbing that many jailbreak tweaks rely on, keeps on trucking along.

Since the initial 1.7.5 beta release at the beginning of May, Activator has been on the receiving end of a significant overhaul of its structure and inner workings. Perhaps the most exciting of all of the updates happened yesterday, with 1.7.5 beta 6. This new release adds support for per-app launch gestures and icon flick gesture. Think Velox.

In other words, Activator just got a lot more power under the hood, and it’ll be interesting to see what developers and users like you, do with it all. Take a look inside as I dissect these two new features and showcase how they can be used.

If you’ve ever used Velox, or read about Velox, then you’re at least already familiar with the concept of flick icon gestures. Velox allows you to flick down or up on an app icon to launch an enhanced folder of sorts. While Velox surely didn’t invent flick icon gestures, it definitely popularized them.

Starting with 1.7.5 beta 6, Activator contains support for flick icon gestures. These new gestures can be used across all app icons, or can even be assigned to work with only specific app icons on your Home screen. This is an awesome new feature that really opens up some amazing new potential for developers implementing Activator support into their apps, and users in general.

For example, I was able to solo each of the four flick icon gestures — up, down, left, and right — to control my Stock music app. A swipe up on the Music app icon toggles between play and pause, a swipe down opens up MiniPlayer, and a left or right swipe goes to the previous or next track respectively. The swipe gestures on such a tiny icon definitely takes a bit of getting used to, but in the end, it works pretty well. Perhaps the tap zones will be refined some as it nears public release.

Up next is a feature that’s perhaps just as exciting as the flick icon gestures — support for launching actions via an app launch gesture. In basic terms, this means that I can assign an Activator action to execute whenever a specific app is launched. In the example found within the video above, I made the tweet share sheet launch whenever I launched Cydia. No, that doesn’t really make any sense, but it shows off the potential of what’s at work here. Again, I look forward to seeing what developers come up with when using these new gestures.

Getting better with time

From just a high level perspective, I find it mighty admirable that one developer can continue to refine and work on an app year after year. That’s exactly what Petrich has done with Activator, and it’s not like he’s gaining royalties off of its usage. That’s dedication, and it should make all of us respect the developers who continue to pour their efforts into making their releases the absolute best that they can be.

If you want to try out the latest version of Activator, then you’ll need to add Ryan Petrich’s beta repo to your list of Cydia sources. His repo is as follows: http://rpetri.ch/repo

Be sure to share your thoughts and experiences with these new Activator features. Also, feel free touch on any other aspects of the new 1.7.5 beta. As mentioned, this beta has been in development for about a month or so, and has already seen 6 releases that have brought about numerous new fixes, features, and refinements.