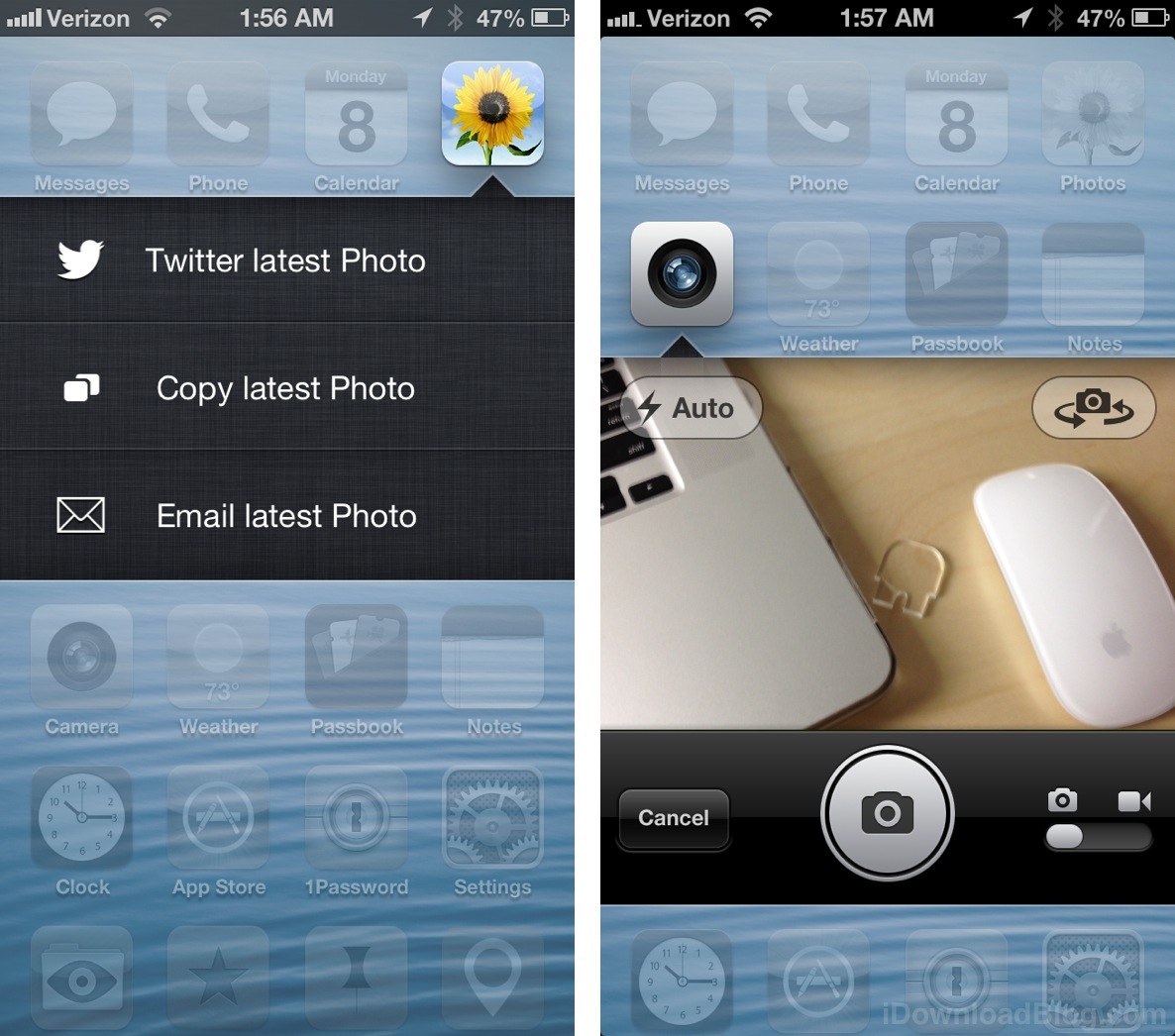 Velox is an upcoming jailbreak tweak that I’ve had my eye on for months. I’ve been anticipating the release of this tweak for a very long time, because I think it has the potential to make a huge impact on the jailbreak community.

Rarely does a jailbreak tweak come along that has the capability to change the way that you use your device. A very exclusive number of tweaks belong to that group, and Velox has the potential to crash the party.

Yes, Velox is in the same hemisphere, and it contains, perhaps even more long term potential than Auxo. That’s because it’s a completely different type of tweak that can interact with multiple apps, and features its own API for extended development.

Primarily, Velox is a tweak that allows you to interact with apps on your Home screen in order to check notifications without opening Notification Center. But that’s just the tip of the iceberg. Velox also features custom “folders” that can be individually tailored for specific apps. Each of these folders can be accessed using a simple swipe up or swipe down gesture on the app icon that you wish to interact with.

What does this mean? It means that if I swipe up on the Settings app, a folder containing settings toggles is revealed. It means that if I swipe down on the Camera app, the camera is revealed in a folder right there on my Home screen. Trust me, reading these words just doesn’t do it justice; you have to see it in action to really appreciate the potential here. Thankfully, I’ve got an exclusive hands-on video to showcase how it works… 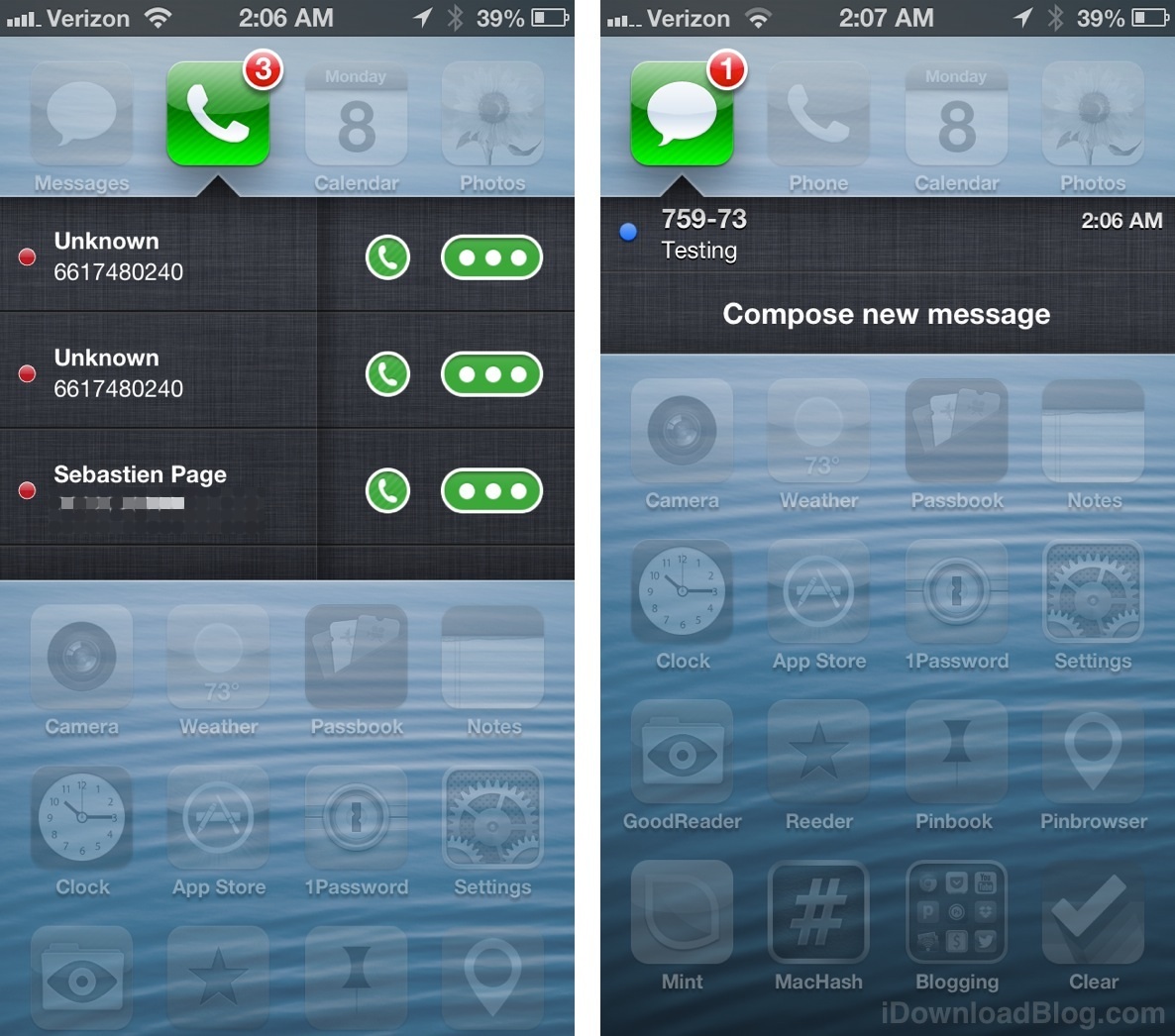 All apps have notification interactivity, but not all apps have special folders designed to do more. Here is a list of some of the apps that come with special enhanced folder support out of the box. Since Velox is still in development, this list is obviously subject to change.

Velox’s preferences consist of two primary options: a setting to change icon swipe directions, and the ability to disable enhanced folders for specific apps. Swipe directions can be set to up and down, up only, or down only. You will need to respring after altering the swipe direction setting. If you’d prefer to bypass an enhanced folder for a specific app, and only display its notifications folder instead, a quick toggle change in the Always NC folder for App section of Velox’s settings will do the job.

To me, the most exciting thing about Velox is its API. As mentioned earlier, this means that other developers can develop enhanced folders for specific apps using Velox. Once the tweak is released, you’ll be able to find these extra folders in Cydia, as there will be a special addons category dedicated exclusively to Velox. I can see this being a huge source of interest for the community, and I believe it will give the tweak a exceptionally long shelf life. 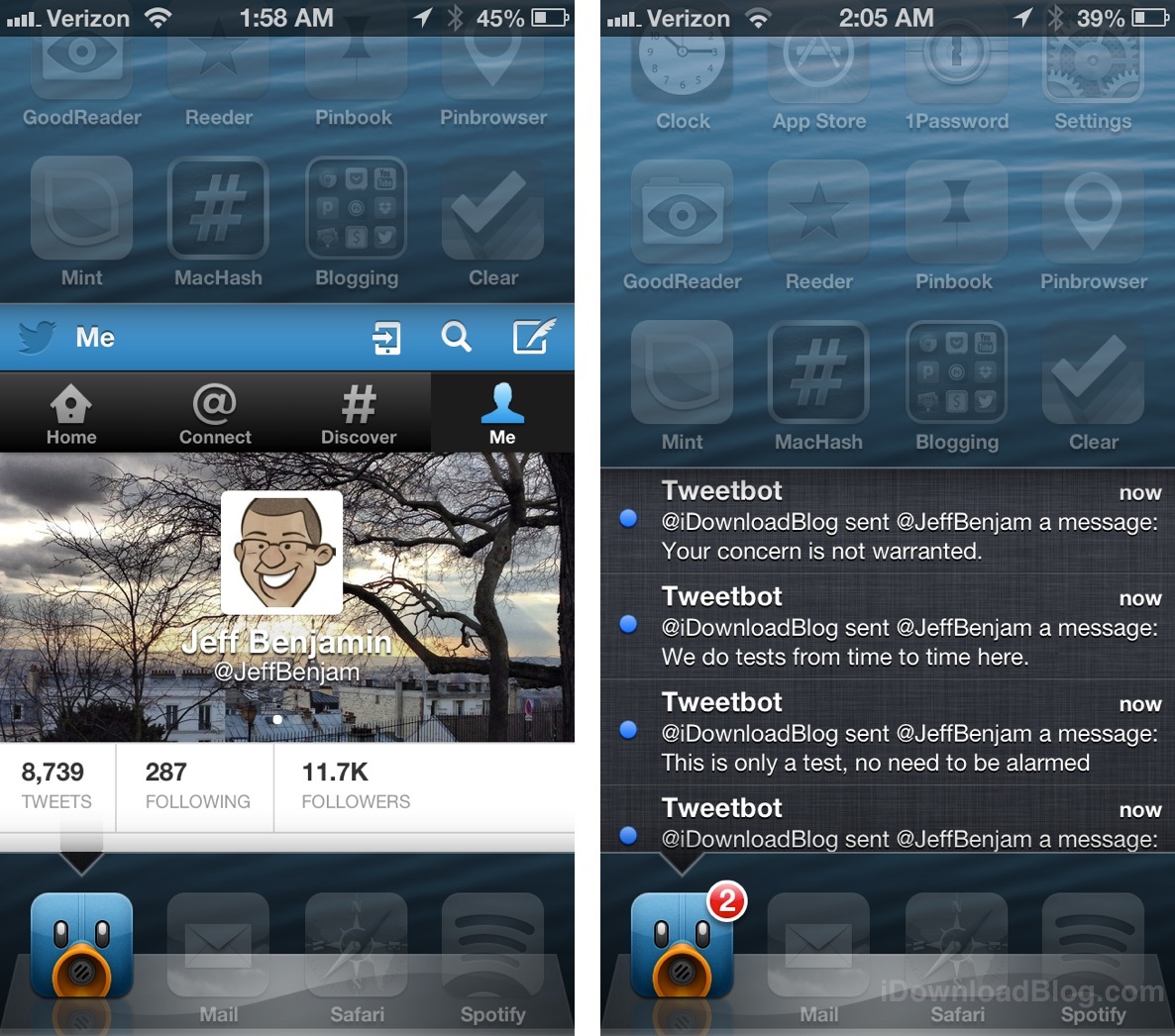 Out of the box, Velox is a superb tweak that will be well worth the price of admission on its own, but the most exciting thing about all of this is going to be what developers have planned for the future. If developers latch on to Velox, supporting its API, then I can easily see this tweak going down as one of the best jailbreak tweaks of all time.

Velox’s ability to quickly allow you to access information using simple swipe gestures makes plenty of sense. It’s not a tweak that just does something cool for the sake of being cool; no, I feel it actually increases the usability of the device, empowering the user. 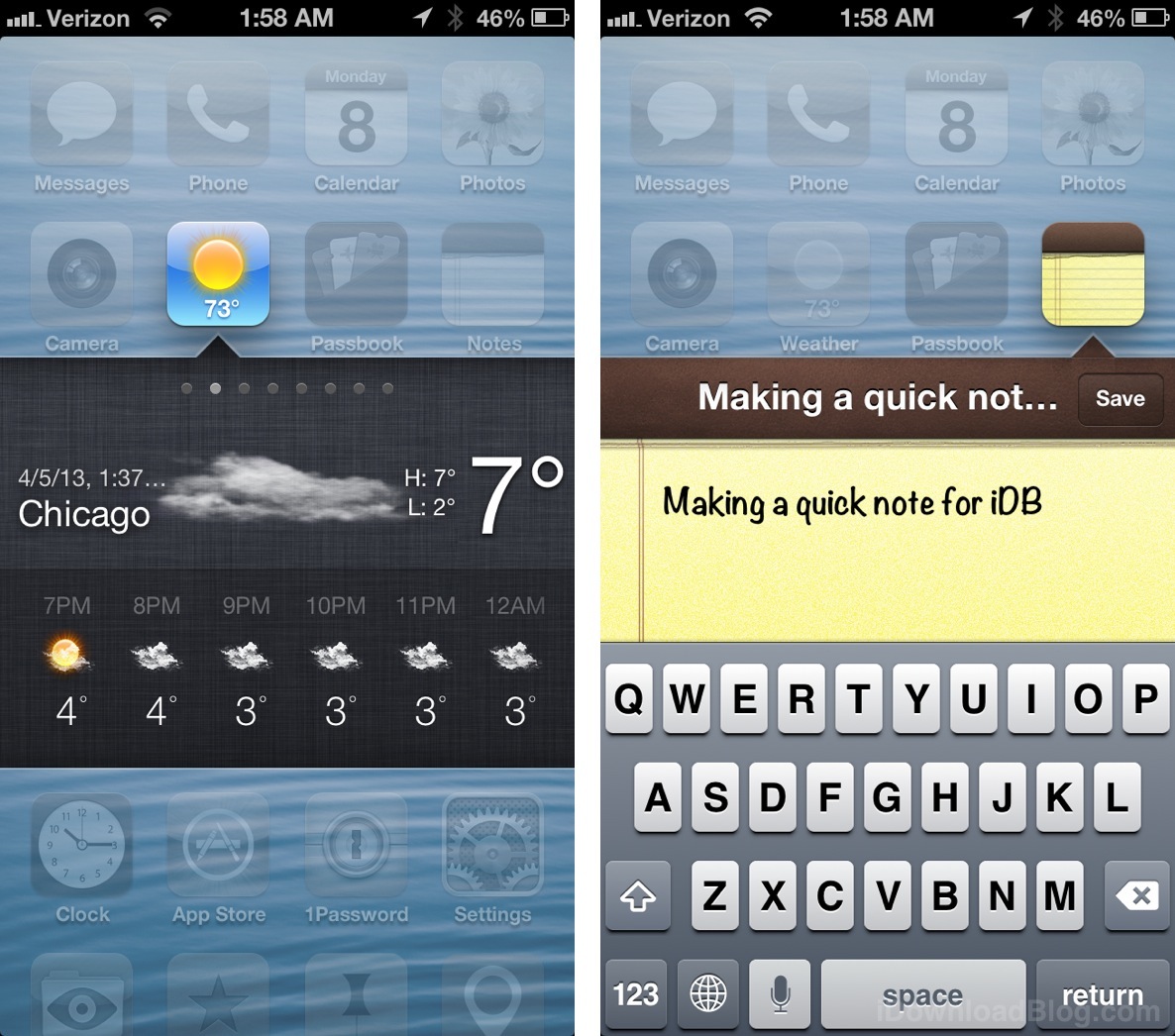 Once released in a couple of weeks, Velox will be made available for $1.99 on Cydia’s BigBoss repo. I’ll be back with more hands-on coverage of Velox in the near future. Until then, make sure you watch the video, and comment with your thoughts on the tweak below. Also, be sure to follow the developers of Velox, @bensge, @fto2g, and @satropuk on Twitter.