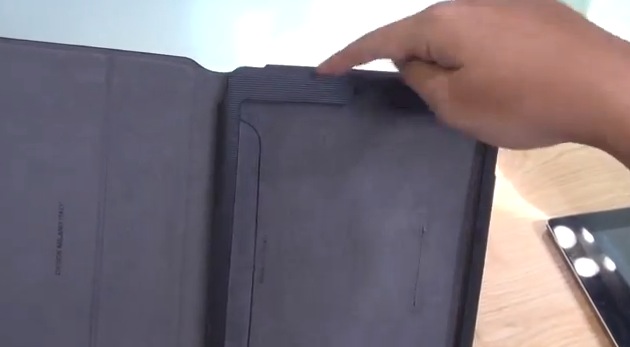 A rather credible Vietnamese publication has posted a video Thursday which purportedly depicts a case thought to have been designed for Apple’s next-generation full-size iPad, the iPad 5. Now, rumor mills expect the next iPad to adopt the iPad mini’s narrow side bezels and thinner appearance.

Although iDB couldn’t confirm the authenticity of the video at press time, it does indicate that narrower side bezels on the iPad 5 could result in a device that’s both narrower and has slightly reduced height compared to the current-generation iPad 4…

The video has been posted by Vietnamese publication Tinhte.vn.

As you can see, the assumed size difference between the current and next iPad becomes apparent when the guy holds an iPad 4 over the alleged iPad 5 case.

Given how the iPad 5 is expected to rock the same 9.7-inch screen, the smaller dimensions mostly stem from iPad mini-style skinnier side bezels and a tweaked iOS multitouch algorithm designed to dismiss false positive finger inputs occurring from holding the device in one’s hand.

Note that Tinhte.vn has solid connections in Apple’s test and production network and as such has proven itself reliable.

For instance, the web site leaked the fourth-generation iPod touch and back in March 2012 posted benchmarks indicating the iPad 3 would come equipped with a 1GHz processor and 1GB of RAM, which proved true.

They were also the first with the iPad 3 unboxing video and the redesigned EarPods clip.

And just last month, Tinhte.vn reported the iPhone 5S will sport a 12-megapixel back camera with improved night shooting mode.