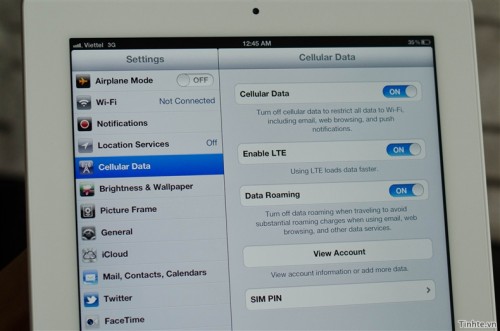 While the rest of the world has to wait until later this week to see Apple’s new tablet up close, the folks over at Tinhte.vn appear to have already gotten their hands on one.

As noted by MacRumors, the Vietnamese site posted a video last night of the first unboxing we’ve seen of the new iPad. The slate’s packaging doesn’t seem to be much different than that of its predecessor, but you can immediately spot the new Retina display…

Besides the screen, the video shows other noticeable changes in the new iPad such as an LTE toggle in the Settings application (obviously only for 4G models), and the larger backside camera lens.

Pre-ordered iPads are scheduled to start arriving on March 16th, and regular inventory is expected to be available in retail stores the same day. And if you haven’t ordered yours yet and don’t plan on standing in line this Friday, you’ll be waiting at least two weeks for one.