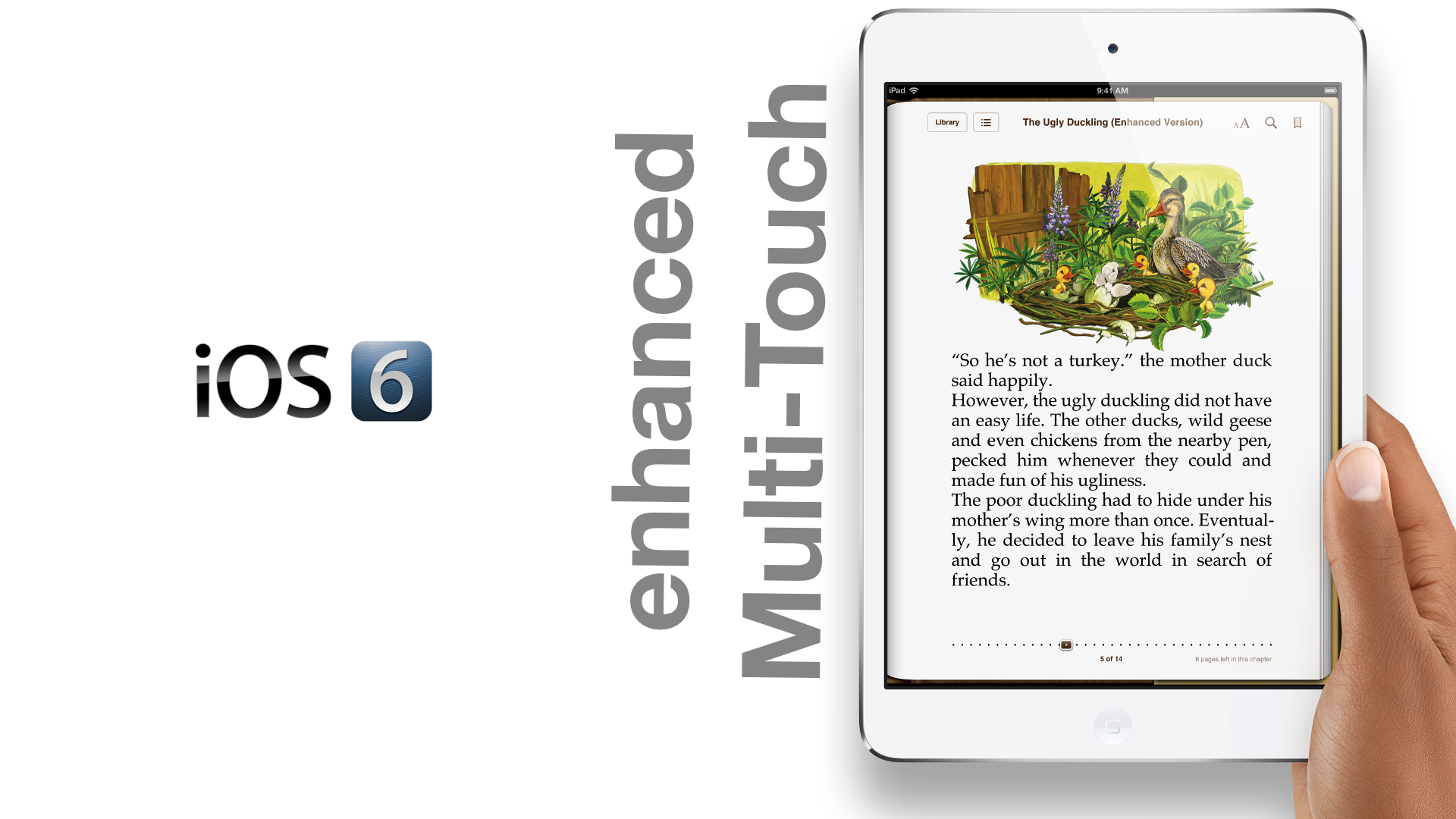 It’s always good to think two or three steps ahead to prepare for any situation, and that’s obviously what Apple’s been doing when it comes to the iPad mini, and iOS 6.

As we told you about earlier, improvements needed to be added to iOS’ Multi-Touch in order to accommodate the smaller bezel of the iPad mini. With the mini, you no longer have the luxury of a half-inch bezel wrapping around the screen like the bigger iPad models.

That means that fingers and thumbs will now rest on the actual screen of the device instead of the bezel, and this would in turn result in a litany of false positive finger inputs. If the iPad mini shipped with iOS 5, such an issue would be a major problem.

Fortunately, as iPhoneinCanada points out, Apple planned well ahead in advance for such a scenario. As it turns out, the iPhone and iPod touch versions of iOS 6 shipped with improved Multi-Touch out of the gate. Take a look inside as we compare iOS 5’s Multi-Touch detection, with the improved and iPad mini ready iOS 6.

As you can see from my demonstration above, if you have a thumb resting on a Safari page in iOS 5, scrolling with the opposite hand is inhibited. That’s because iOS 5 isn’t smart enough to figure out that your thumb is just resting, and not actively participating in the experience.

Now compare that with the iPhone running iOS 6. I performed the same exercise on it, and scrolling worked just fine. This is because iOS 6 is intelligent enough to ignore the thumb that’s “resting”, and that portion of the screen essentially becomes an extended portion of the device’s bezel.

In the case of the iPad 2, or the iPad with Retina Display, it doesn’t apply, because your thumbs almost always rest on the bezel. For that reason, the Multi-Touch changes aren’t present in iPad firmware. For a smaller device like the iPhone 5, your hands generally cup the device one-handed as opposed to using two hands like a tablet, but every now and then you might still find yourself benefiting from the enhancements.

For a slightly larger device like the iPad mini, which doesn’t have the luxury of the half an inch bezel of a standard iPad, such functionality is crucial for a smooth user experience. Apple has obviously had such a thought in mind for a while, but we won’t truly get to reap the benefits of the improved Multi-Touch until the iPad mini launches with its smaller bezel.

When you think about it, solving such an issue made all of the difference in the world. It allowed Apple to maintain a device that’s able to be gripped with one hand, while still having screen real estate that beats competitors like the Nexus 7.

In a tablet market that’s becoming more competitive over the course of time, it’s essential that Apple continues to think two or three moves ahead. With iOS 6 and the iPad mini, we’ve been able to witness first hand how much of difference doing so can make.