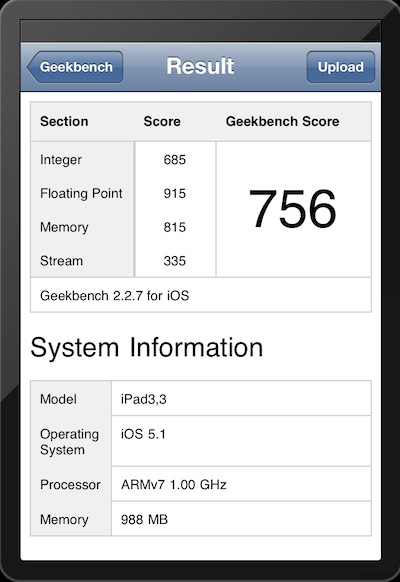 Tinhte, the Vietnamese tech blog who got its hands of the new iPad and released the first unboxing video earlier today, put Apple’s new tablet to the test and posted the Geekbench benchmarks of the device.

The new iPad scored a score of 756, which is on par with what the iPad 2 scored, but as MacRumors notes, those benchmarks only take into account processor and memory performances, without putting graphics capabilities to the test, which really is all the meat of the new A5X chip.

For more benchmark results, make sure to visit tinhte.vn. Hopefully, you speak a better Vietnamese than I do.