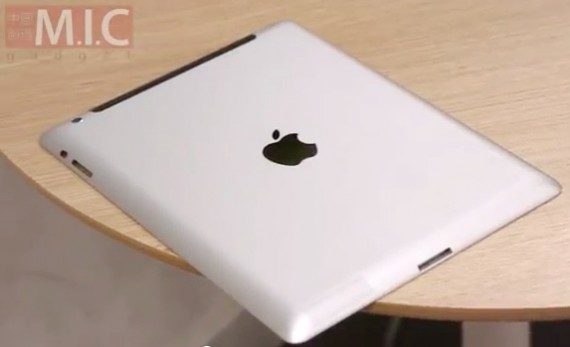 In less than 24 hours, Apple is set to announce its iPad 3 on-stage at an event in San Francisco, California. However, a few tidbits are still trickling in regarding Apple’s latest tablet.

Chronic Wire is out with another report this evening, saying that the iPad 3 will feature 1GB of RAM, according to some simple math…

In February, BGR posted exclusive photos of debug output from an iPad 3 development unit. The last line of the output said:

From there, Chronic Wire did some simple math to determine that the iPad 3 will feature 1GB of RAM:

Apple’s iPad 2 features 512MB of RAM, so an increase to 1GB is definitely welcomed. The iPad 3 is rumored to include an upgraded dual-core A5X processor that should make for a very speedy device. Many were hoping for a quad-core A6 processor, however, it appears we might have to wait for the iPhone 5 for such technology.

Tim Cook is expected to be on-stage tomorrow to announce the iPad 3 (or iPad HD), along with a third-generation Apple TV. The long-awaited iPad 3 is rumored to have an A5X dual-core processor, upgraded cameras, Retina display, Siri support, LTE, and a larger battery.

We’ll be bringing you the latest out of Apple’s event tomorrow. We’ve already given you our predictions, but of course, what are yours?