You know what has been ticking me off for ages? That we’re living in the 21st century and yet the vast majority of mobile games won’t save progress in the cloud. Think about it: gamers spend hours playing a title only to lose all their progress after removing the game from their device. There has got to be a better way to keep those game saves in sync.

Showing signs of progress, several major developers have already implemented – or are implementing – their own solution to the problem. For example, Japanese games developer DeNA (formerly ngmoco) has just re-released classic iOS block-stacking game Topple with the newly implemented support for Mobage social game network that stores your progress and keeps it synchronized across devices.

Angry Birds maker Rovio is also among the devs who dare to think different. On Tuesday, the Finnish games maker rolled out its own cloud-based Rovio Account which lets you store your game progress and continue playing on another device…

According to Rovio, the staggered roll-out means that Rovio Account is currently available in The Croods game globally, and in the classic Angry Birds game on iOS in Finland and Poland. The firm plans on gradually introducing Rovio Account into more areas in the future and also add new features.

According to a FAQ, Rovio Account lets you continue the game on a new device right where you left off on your old device. And if there are several users on the same device, they can all have their own saved game.

Of course, you can still play the games without creating a Rovio Account, though registering automatically saves your game progress from the device to the cloud.

If someone has already registered an account on that same device, it will ask you if you want to save the device’s progress or not. If you choose not to save it, you will start the game as new, blank.

You can also merge your on-device and Rovio Account game progress: signing in on a device for the first time will offer you to add the scores, stars and feathers from that device to your account. 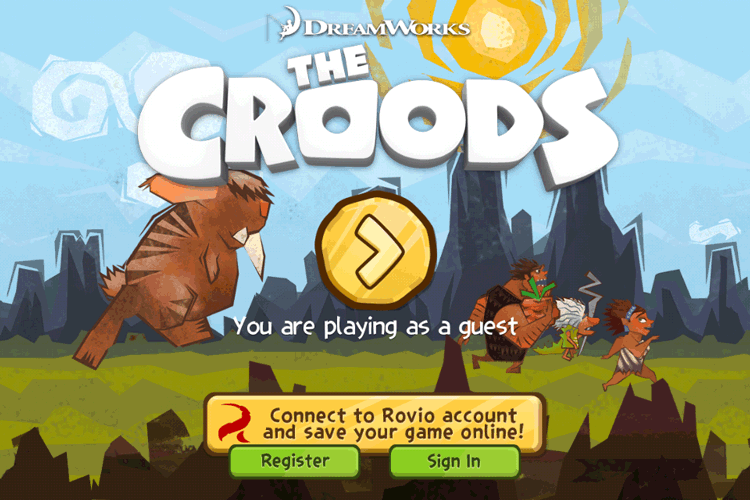 Interestingly enough, Rovio made sure to prevent cheating by disallowing power-ups across devices because these are stored on a per-device basis. Of course, everyone playing on that particular device can use them.

Now, Apple has provided tools to enable developers to sync databases via iCloud.

However, even though iCloud ranks as the nation’s top cloud service, “bizarre limitations” , poor implementation and reliability issues are all working against developers.

In turn, many have chosen to ignore iCloud and sync your games via their own cloud – which I think is a terrible shame, by the way. Apple has hopefully been listening to complaints and will share encouraging iCloud developments at the WWDC 2013 next month.