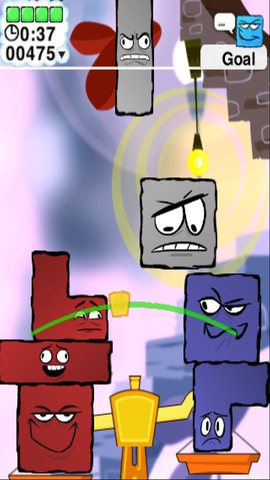 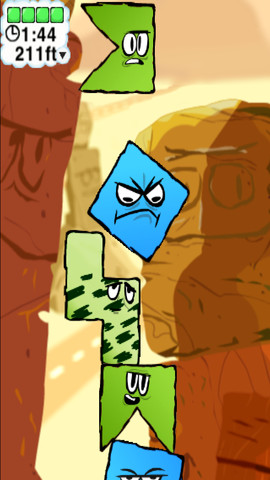 Ngmoco (short for “Next Generation Mobile Company) used to be my favorite iPhone developer, their classic games like Rolando and Topple defining the golden age of iOS gaming.

The Tetris-like Topple with its physics-based twist is particularly interesting: the game has you balancing and stacking playful blocks using multitouch and accelerometer controls.

After a long hiatus, the sequel to Topple, Topple 2, has been revived from the archive and re-released on the App Store. The new version, in addition to supporting the iPhone 5’s taller screen, includes 30 levels scattered across six new worlds, while enhancing the experience with four new game modes, head-to-head multiplayer, Mobage social game network support for online leaderboard, game progress synchronization across devices and more…

Challenge your friends to a “stack attack,” racing one another in real-time. No friends near you? With Direct Challenges, you can now send your “ghost” play-through to your friends over Twitter so they can accept your challenge at their convenience!

The four new block-stacking game modes are: Upside-down, Balancer, Power Tower and Rescue. Upside-down, as the name suggest, inverts gravity, Balance mode lets you weigh two towers against each other, Power Tower mode has you building a power line using conductive blocks and Rescue mode puts your tower building skills to the test in order to save the golden egg. 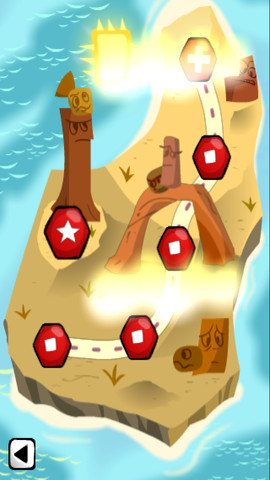 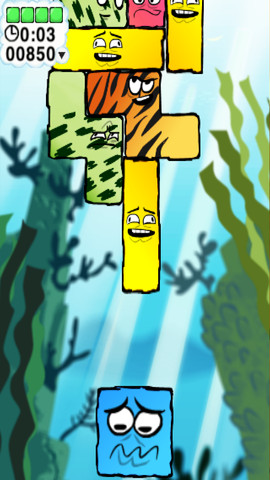 Topple 2 for the iPhone and iPod touch costs 99 cents.

148Apps.com had an opportunity to sit down with Barry Dorf, Senior Director of Third Party for DeNA, who said his company is going to “wait and see how Topple 2 does before we consider reviving more titles.”

An iPad version of Rolando would be nice, if you ask me.

Here’s the original launch trailer for Topple 2, from March 2009.

Ngmoco was founded as an iPhone exclusive developer by former Electronic Arts executive Neil Young in July of 2008. Notably, venture capital firms Kleiner Perkins Caufield & Byers and Norwest Venture Partners, among others, financed the startup (as part of the iFund) with a combined total of $40.6 million.

Fast forward to early-2010 and ngmoco snaps up long-time Mac/iOS developer Freeverse before being acquired itself six months later by the Japanese games developer DeNA for the reported $400 million.

The original ngmoco games still have a loyal following and there’s even an unofficial fan site over ngmocoGames.com.

Have you played Topple?