As promised, Angry Birds maker Rovio on Thursday launched its brand new game for iOS and Android devices, The Croods. Basically a movie tie-in based on The Croods, the upcoming CG animated feature film by DreamWorks Animation, the game follows the movie storyline and features nice looking landscapes, a bunch of creatures and puzzles that will put your gray matter to the test…

You’ll get to trap and tame ten crazy Stone Age creatures like the Girelephant or Molarbear, decorate the characters and homes in the pre-historic world “with the latest in caveman fashion accessories” and create interesting contraptions to open and explore new areas.

Meet the world’s first modern family: The Croods! These cavemen are breaking out of the Stone Age with the use of a new revolutionary tool: the IDEA! The Croods will hunt & gather their way through spectacular new landscapes as they tame amazing new creatures.

“Think you can catch them all?”, Rovio writes in an obvious nod at Pokémon.

Should you get stuck dreaming up the various contraptions, you can ask the family patriarch, Grug, for help, he’ll be glad to assist you. 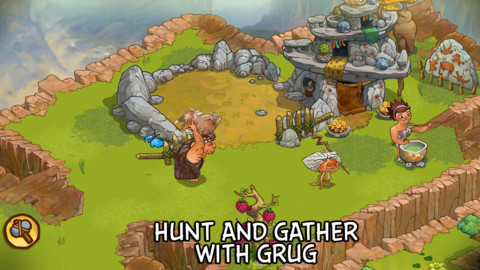 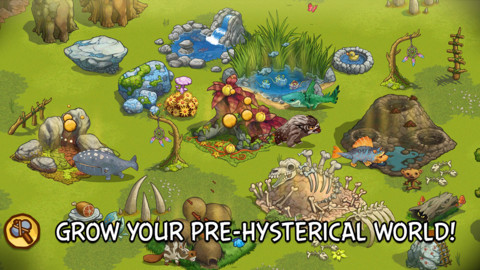 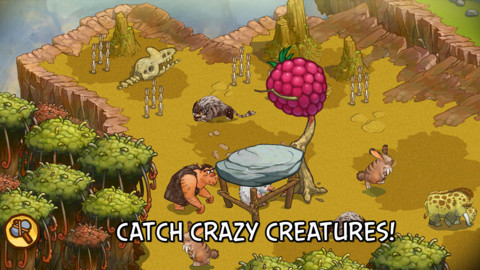 More screenies and downloads can be found at the game’s official web site.

The Croods, the animated move, premiers on March 22 in Real 3D and Digital 3D.

The Croods is available for iOS and Android devices as a free-to-play download on both platforms. Some in-game items can be obtained through in-app purchases, which is obviously the way to go these days.

The game contains third-party advertisement and supports GameCenter feature for achievements and leaderboards.

They also ventured into animated shorts themselves and will start airing these via Angry Birds apps this Sunday, in addition to select television channels and VoD platforms.