Apple’s iCloud, a service that brings together all of your desktop and mobile devices with seamless synch and cloud-based storage, is basically a lock-in, Dropbox CEO Drew Houston opined speaking at Mobile World Congress in Barcelona, Spain. Praising his company’s cross-platform approach to file sharing, Houston blasted iCloud for imposing “bizarre limitations” on what users can do with their files, remarking that people shouldn’t really care what platform they are using in order to access their files anywhere and on any device…

Specifically, Houston criticized iCloud (via MacWorld UK) for being an exclusive Apple play, meaning folks cannot easily share their stuff between the iOS and Android platforms:

There will never be an engineer in the Apple cafeteria who’s like, hey I made the Android version of iCloud.

You shouldn’t have to care about the logo on the back of your phone or computer, it should just work with everything you have. That’s the kind of limitation we want to help remove for people.

After all, Apple did try to acquire his cloud storage startup for a cool $800 million.

As Houston and his team wouldn’t budge, Apple’s late co-founder Steve Jobs got personally involved in negotiations, allegedly warning the Dropbox CEO that his service is “just a feature.”

Dropbox, as you know, is a cross-platform cloud storage compatible with Windows, Mac and Linux desktops as well as iOS, Android and BlackBerry smartphones and tablets. One of its biggest draws is that it takes care of the file format differences between platforms automatically and offers a free 2GB storage tier, with up to 18 GB via referrals (500 MB per referral).

Apple has been advertising iCloud as a seamless solution which requires zero intervention on the user’s part.

One of iCloud’s most annoying drawbacks stems from the inherently locked-down nature of the iOS file system: the service limits the Documents in the Cloud feature to specific apps. For example, a Pages document synced across devices via iCloud can only be accessed using the desktop and mobile Pages app.

If users want to access that document in another app, they must first export it, which creates a copy that no longer syncs with the original app.

That’s why Apple users need third-party alternatives, such as the excellent Files app by German developer Sonico Mobile (pictured below). 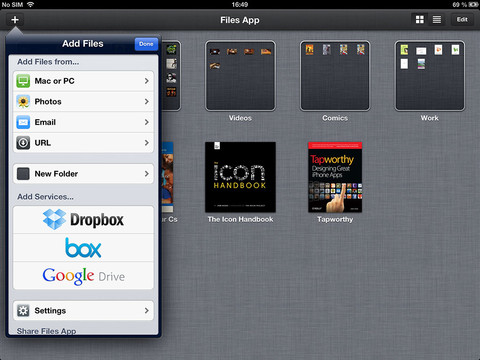 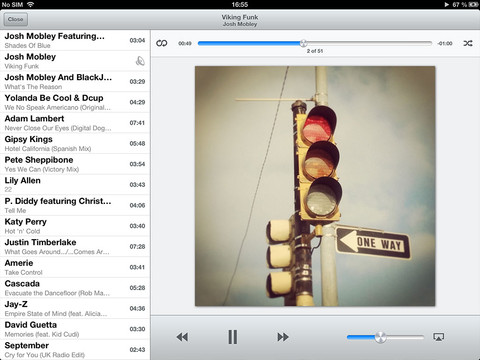 Ubuntu chief Mark Shuttleworth thinks it’s inevitable that at some point iOS and Android will converge in terms of cloud-based storage solutions:

Apple and Google will take their platforms and converge them as well because, from a security point of view, being able to audit and manage a platform that is widely used on all of your devices is a vastly better proposition than having fragmentation across the device landscape.

I would have certainly welcomed a more open approach to file sharing in iOS, but Apple hasn’t indicated (yet) any intent to improve upon the locked down nature of iCloud document handling.

There’s (some) hope things could change with the release of iOS 7.

The best solution, in my opinion, would be to just integrate Dropbox directly in iOS 7 akin to Facebook and Twitter integration. That’s unfortunately a long shot given Dropbox is something of a direct competitor to iCloud.

Furthermore, Dropbox is a platform now, one supported by a myriad of third-party apps, so it’s not like it’s going away anytime soon.

Which service do you use to keep your files in sync?

Dropbox, iCloud or something else?