Apple on Thursday started a countdown to fifty billion app downloads. The promotions is available via a dedicated iTunes page. Like the previous countdowns, Apple will award the lucky person who downloads the fifty billionth app with a $10,000 iTunes Gift Card. iTunes Gift Cards can be used against any content purchase, including mobile and desktop applications, music, television shows, movies, etc.

In an interesting tweak to this year’s countdown, the company will also give away a $500 App Store gift card to each of the next 50 people who download an app…

Apps have revolutionized the way we play video games, consume news, do business, educate, communicate, create art, and so much more.

Per the official rules, both paid and free downloads count so no purchase is necessary to enter the sweepstakes. You must also be at least thirteen years or older (or the minimum age required by your country) to participate in the promotion. There’s a limit of 25 entries per person per day.

You can also apply for the promotion without downloading anything, by filling out an entry form here.

Both the links to the official rules and the entry form were not live at post time, but should go live soon.

The company also highlights the most popular paid and free apps on iTunes and App Store clients on iDevices, writing that each app played “a big role in achieving the historic benchmark,” with respective number ones being Angry Birds and Facebook. 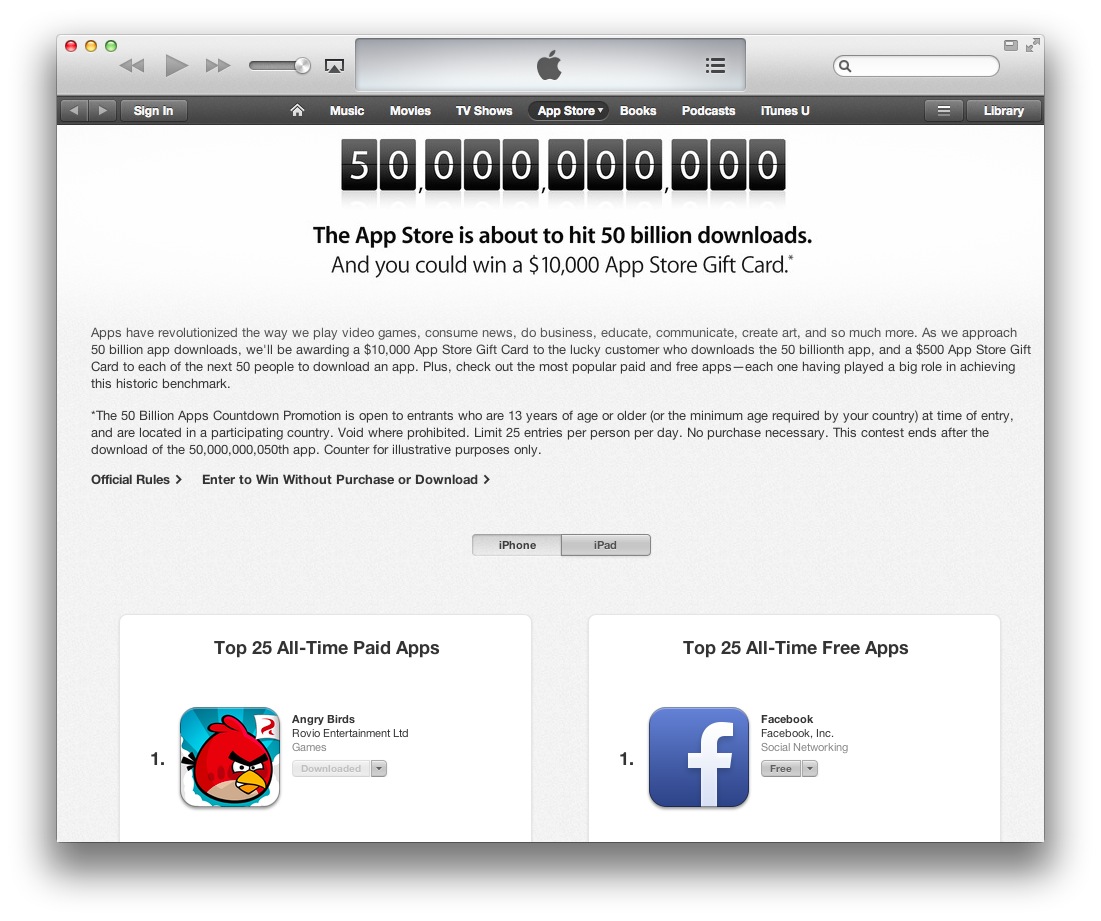 Apple in the April 23 conference call announcing first-quarter earnings revealed that cumulative unique app downloads passed the 45 billion mark, with the company paying out over $9 billion to developers thus far.

In case you’ve been wondering, Apple only counts unique downloads and excludes app updates and re-downloads to multiple devices.

Kudos to MacStories editor Federico Viticci for beating everyone on the 50 billion app countdown.