The news headlines for Apple have been getting progressively worse over the past few months, as rumors continue to swell of falling iPhone and iPad demand, and the company’s stock dipping below $400 for the first time since 2011.

But it looks like they might be able to change the conversation. Q2 numbers are out, and Apple beat Wall Street projections in nearly every category, selling 37.4 million iPhones, 19.5 million iPads and producing $43.6 billion in revenue…

Here are all of the important numbers:

And here’s some comments on the quarter from CEO Tim Cook and CFO Peter Oppenheimer:

“We are pleased to report record March quarter revenue thanks to continued strong performance of iPhone and iPad,” said Tim Cook, Apple’s CEO. “Our teams are hard at work on some amazing new hardware, software and services, and we are very excited about the products in our pipeline.”

“Our cash generation remains very strong, with $12.5 billion in cash flow from operations during the quarter and an ending cash balance of $145 billion,” said Peter Oppenheimer, Apple’s CFO.” 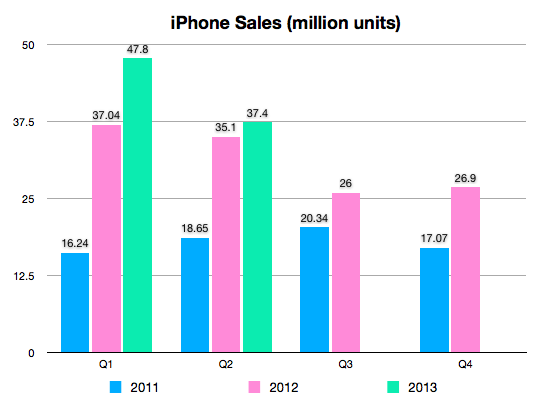 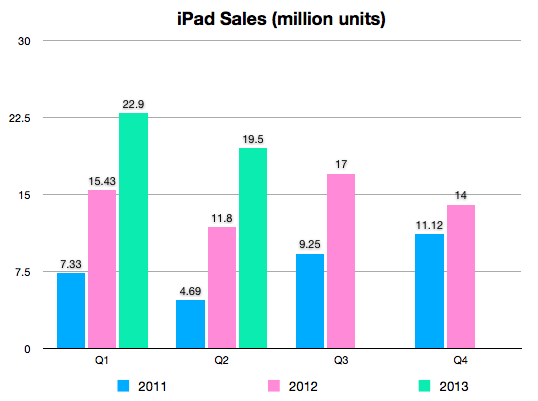 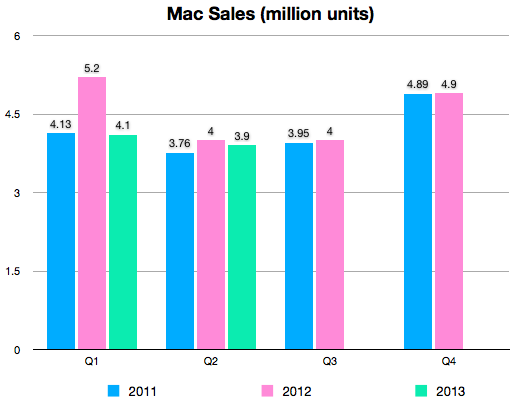 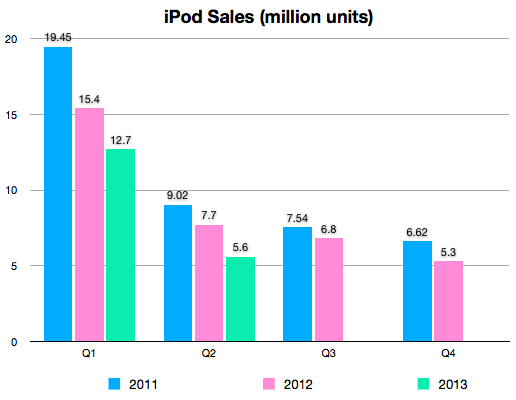 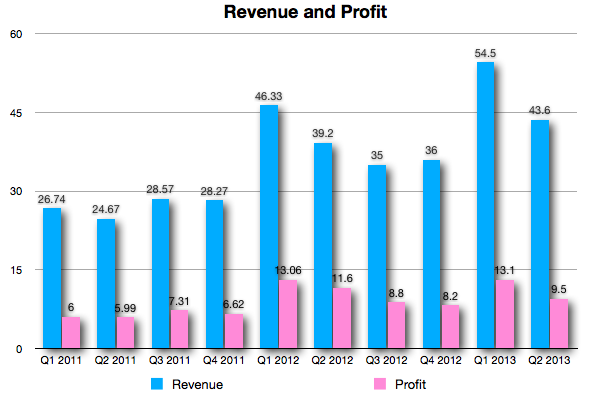 In addition to the earnings, Apple also made a huge announcement regarding its plans for its ridiculous cash pile. The company says that it has authorized a $60 billion share buyback plan, and has upped its quarterly dividend to $3.05 per share.

In total, Apple has set aside $100 billion in cash to return to investors by the end of 2015. It’s the largest single share repurchase authorization in history, and should really appease analysts who criticized the company for hoarding its cash.

Apple’s earnings call will start in just a few minutes. If you’d like, you can listen to a live webcast of the call via its investors portal, or, as usual, you can check back with iDB later this afternoon for all major highlights and announcements.