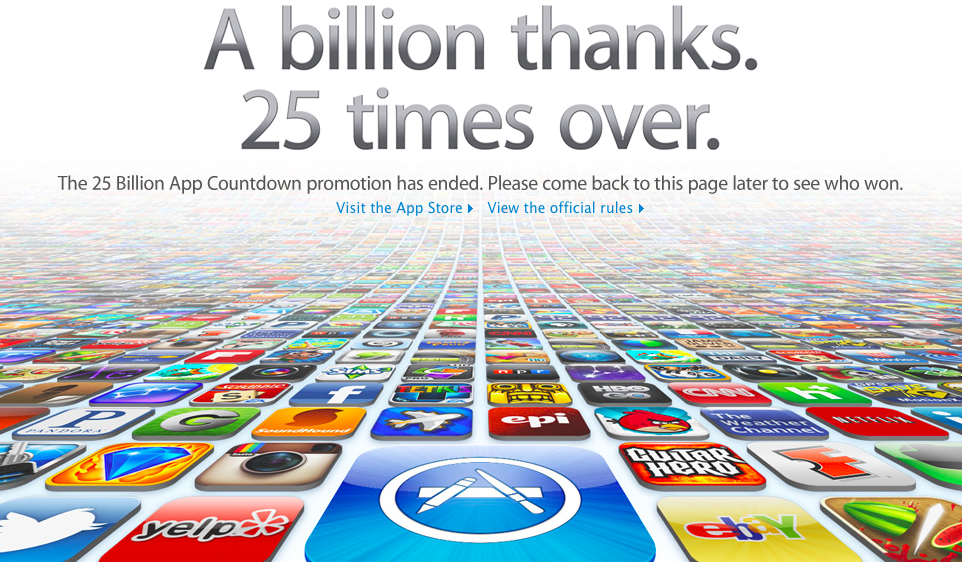 Apple’s App Store has just hit an astonishing 25 billion downloads since its creation 3 years ago. The winner, which has yet to been announced, has won a $10,000 gift card courtesy of Apple.

Apple put up the tracker a few weeks ago on its website, and it didn’t take long for Apple to reach the number they were anticipating…

Apple’s customers are downloading apps at a ferocious rate. 15 billion apps have been downloaded since January 2011, which is a very impressive rate. With the iPad 3 launching this month and the rumored iPhone 5 launching later this year, Apple just may cross the 50 billion app downloads mark this year — or shortly after.