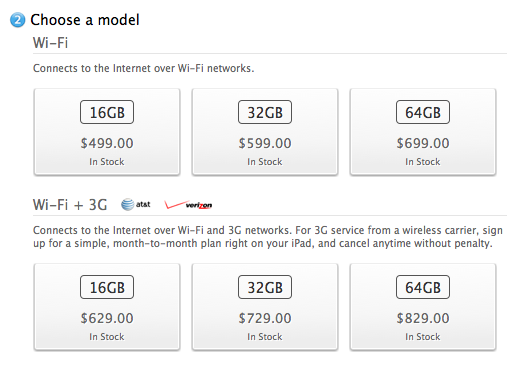 While we’re fairly certain about most of the iPad 3’s features and even its release date, pricing and configuration has remained a bit of a mystery. A purported iPad pricing matrix surfaced on the web earlier this week claiming that the new tablet would be more expensive than its predecessors, but otherwise we haven’t heard a peep.

Well thankfully the folks over at 9to5Mac have broken the silence today with a new report that covers both storage configurations and pricing for the iPad 3. Want to know how much the new tablet will cost? Read on…

According to the site’s sources, the iPad 3’s prices will be “the same across the board” as current iPad 2 models. And the same for configurations. A report from DigiTimes earlier this week claimed the new tablet wouldn’t come in a 64GB flavor, but that just doesn’t seem to be the case.

It’s worth noting that 9to5Mac accurately leaked nearly every aspect of the iPhone 4S weeks before the handset was unveiled. So we have no reason to doubt their claims. It looks like users will still be able to purchase an entry-level iPad 3 for just under $500. Cool.