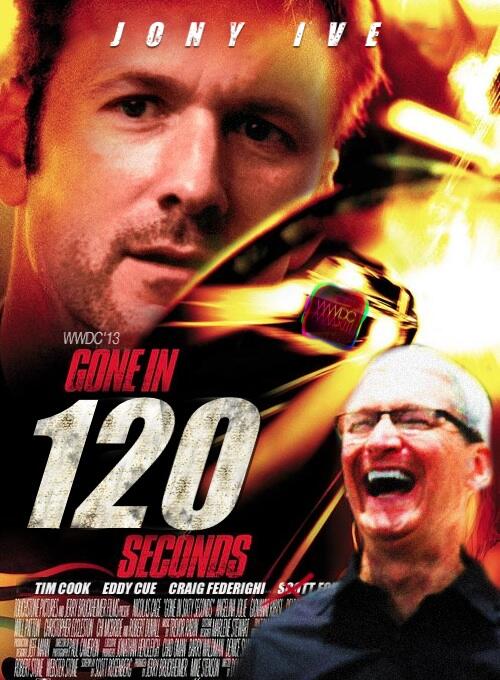 Well, that sure didn’t take long. In under two minutes after Apple put up WWDC 2013 tickets on sale at 10am PDT, the WWDC web site greeted developers looking to buy their seat with the Sold Out message. By comparison, tickets for WWDC 2012 sold out in under two hours.

Luckily enough, this time around Apple made sure not to screw people by putting tickets on sale too early in the morning, when West Coast-based developers haven’t even woke up.

We are not expecting any hardware announcements: this year’s five-day event will be focused on software, with Apple saying it “can’t wait to get new versions of iOS and OS X” into the hands of developers at WWDC.

Of course, the even is focused on developers even if WWDC traditionally served as a venue to announce major new products. For example, each iPhone except for the original iPhone and the iPhone 4S/5 was introduced at WWDC. 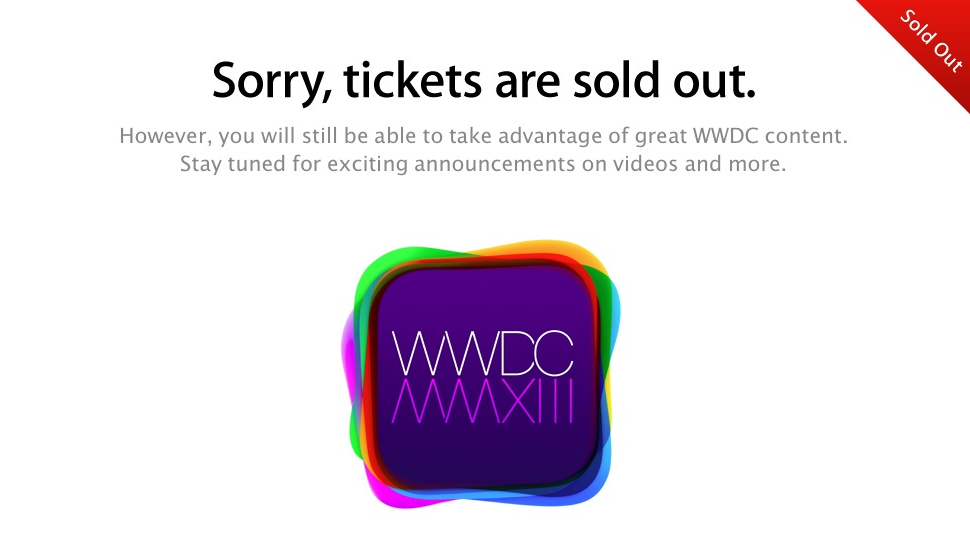 To appease to those who couldn’t buy their ticket, Apple promised to make session videos available during the conference. Previously, those videos would wind up online a few weeks after the event had wrapped up.

Can’t make it to WWDC? We’ll be posting videos of all our sessions during the conference, so Registered Apple Developers can take advantage of great WWDC content.

The company is also giving away 150 free WWDC tickets to students at its own discretion.

Part of the WWDC 2013 Student Scholarship program, which starts April 29 at 9am PDT, Apple will select the winners based on their coding skills and creativity, based on example apps they submit by May 2, 2013 at 5pm PDT.

The top-right image, you say?