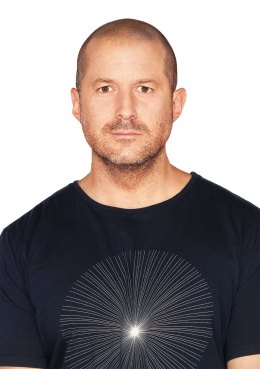 Time Magazine’s list of the 100 most interesting people for 2013 is packed with profiles of technology leaders. Apple design guru Jony Ive is among those listed, described as a Star Wars’ Obi-Wan leading a team of Jedi employees.

The thread of Apple’s innovation runs through other profiles, including Samsung’s CEO, who is viewed by a former executive of the iPhone maker as carrying on the tradition of Steve Jobs…

The musician has particular insight into Apple, Ive and Jobs, given his close connection with the company and the production of a U2-branded iPod.

Still, Bono’s comments paint the industrial designer as a mythical leader instructing a group of acolytes.

You be the judge as to whether his portrait is a bit over-the-top:

Jony Ive is himself classic Apple.

Brushed steel, polished glass hardware, complicated software honed to simplicity. His genius is not just his ability to see what others cannot but also how he applies it. To watch him with his workmates in the holy of holies, Apple’s design lab, or on a night out is to observe a very rare esprit de corps.

They love their boss, and he loves them. What the competitors don’t seem to understand is you cannot get people this smart to work this hard just for money.

And here’s the money quote:

His team are Jedi whose nobility depends on the pursuit of greatness over profit, believing the latter will always follow the former, stubbornly passing up near-term good opportunities to pursue great ones in the distance. Jony’s values happen to add value – emotional and financial.

It takes a unique alchemy of form and function for millions of people to feel so passionately about the robot in their pocket.

The phrase getting the most attention today is “…you cannot get people this smart to work this hard just for money.”

Of course, you can.

The small group of designers within Apple may buy into the mystique proposed by Bono, but profit is not a foreign word at the company. Indeed, the CEO of Apple, Tim Cook, previously oversaw the nuts and bolts of making sure enough of those designs made it onto the shelf.

Here’s the Ive segment, from the ‘Objectified’ documentary.

The financial reward for working at Apple is delayed, though. The benefit of working at Apple comes later, when you are interviewing for a job and people see the Apple brand among your work history. 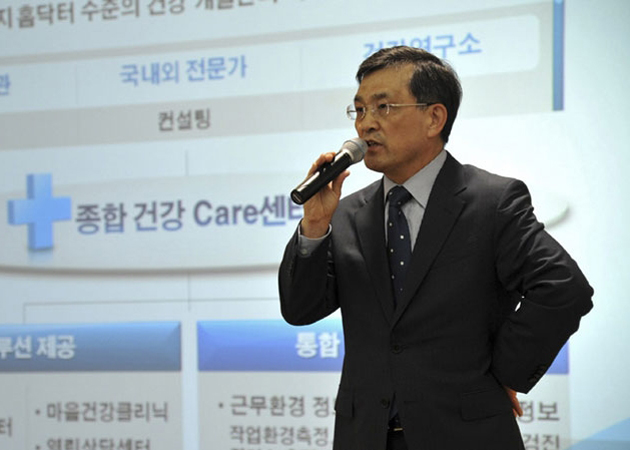 While Samsung’s new CEO and former head of the company’s components business, Oh-Hyun Kwon, (pictured above) pushes the Android-based Galaxy smartphones, he has much in common with Apple, according to Scully.

Product design, marketing and complex supply-chain management are the trifecta of success in consumer electronics. Excelling at all of them simultaneously is a rare feat, much like throwing a no-hitter in baseball.

Akio Morita did it at Sony with the Walkman and Sony Trinitron. Steve Jobs did it with the iPhone and iPad. With the Samsung Galaxy, Oh-Hyun Kwon joins those business giants.

And his take on Samsung’s Galaxy devices:

Galaxy phones have a signature design feature: big, beautiful, highest-definition screens; an integrated supply chain allows for a family of products at more price points than competitors’; and their brand advertising is bold, tasteful and executed with a cheeky self-confidence equaled only by Apple’s.

Scully’s comments echo others which have claimed Samsung is changing the game on Apple through increased advertising and marketing.

In another link to Apple, Facebook’s Chief Operating Officer, Sheryl Sandberg was among Time’s annual list of movers and shakers. 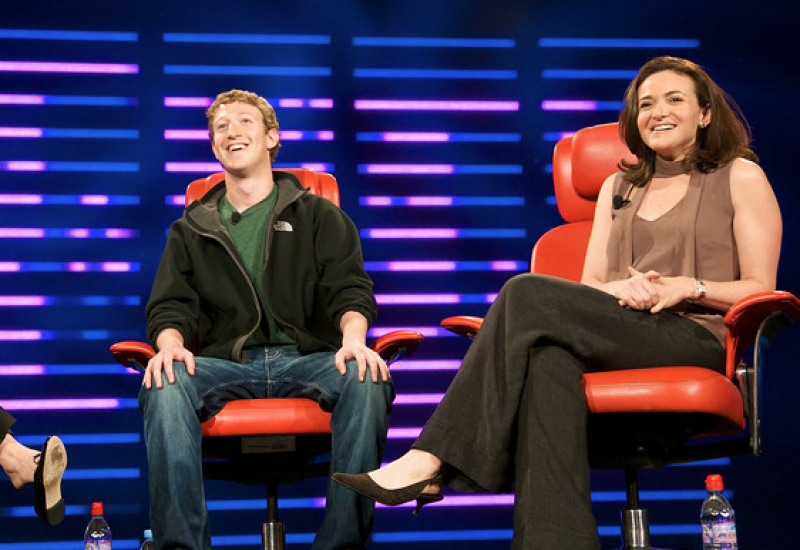 In a profile by feminist pioneer Gloria Steinem, Sandberg is seen as opposing barriers to equality, particularly when it comes to business.

Sandberg recently made waves with her book Lean In, which proposes a woman’s most important career decision is who to marry. But for Apple, Facebook may be the next destination for Apple employees looking to expand their horizons.

The move briefly gave rise to speculation Facebook was working on an iOS version.

No list of technology leaders would be complete without Yahoo CEO Marissa Mayer. 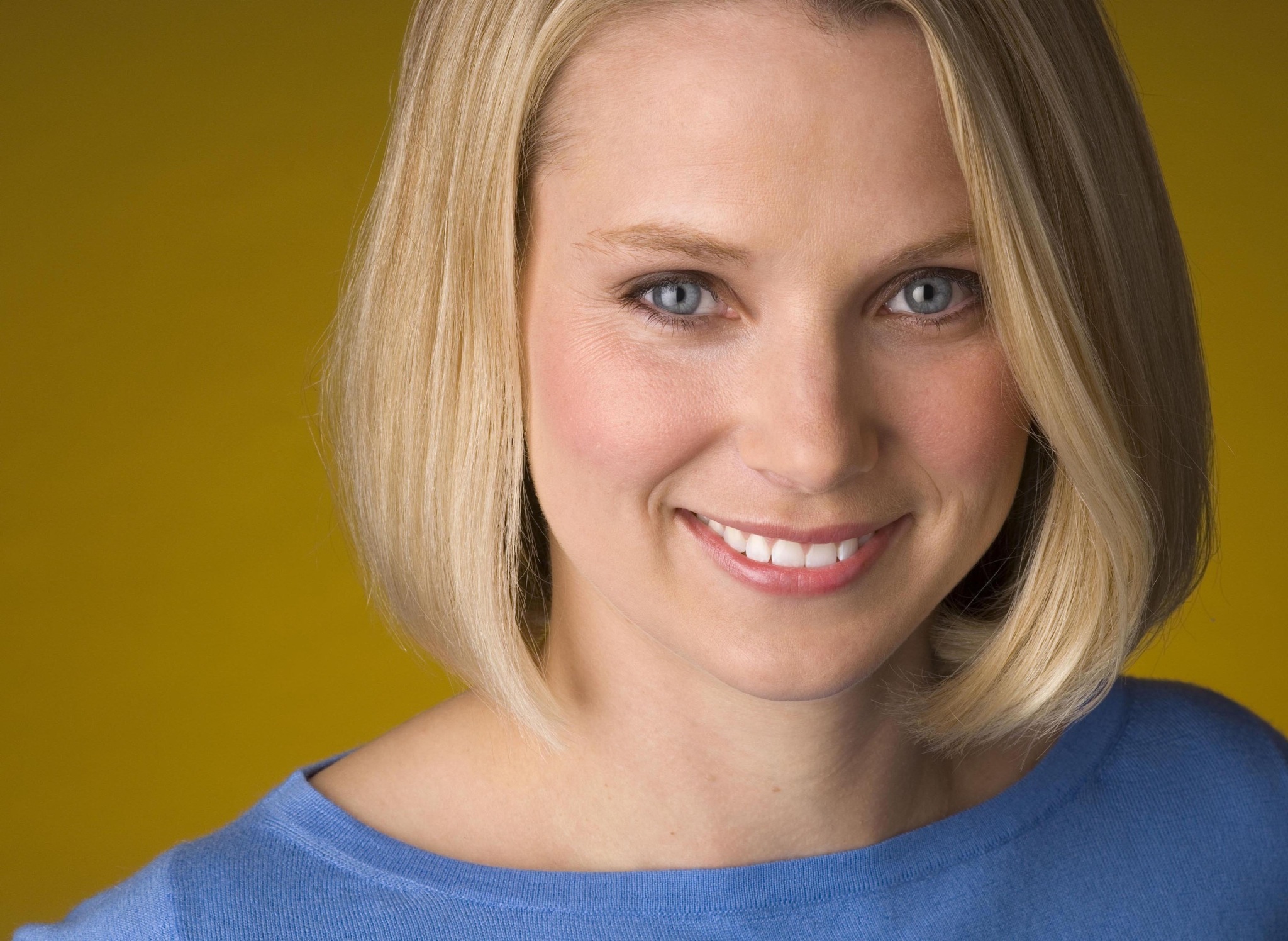 “She is simply one of the smartest, most talented leaders the tech world has ever known,” he said.

At another point, the Schmidt said “Yahoo is lucky to have her taking them someplace new.”

The comment is ironic, seeing that Google all but owns the search market and Yahoo has veered all over the map looking for an alternative revenue source.

She is also infamous for her nervous laugh and Gawker claims her former boyfriend Larry Page and the other Google co-founder, Sergey Brin, avoid her at social events over the irritating laughter.

Here’s a nice compilation of Marissa’s laugh taken from her Stanford appearance.

Capping off the list is hedge fund owner David Einhorn, who has called on Apple to give back to investors.

While time calls such investor-driven demands just the start, it said Einhorn’s push for preferred Apple shares was “short-term thinking.”