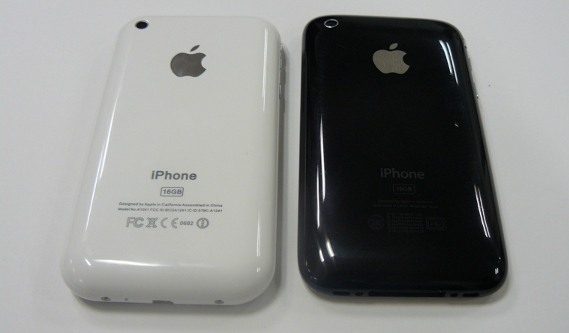 Five iPhone distributors in China are under arrest after Apple told local police it was the victim of an unusual scam. The plot involved sending fake iPhone 4S parts to Apple for replacement and receiving real components worth more than $64,000, according to Monday reports.

The alleged fraudsters went so far as to accompany the fake components with the serial numbers of more than a hundred real iPhone handsets, police said.

“The replacement parts were likely used by local retailers to assemble refurbished iPhones so they could be sold as brand new to unsuspecting consumers,” writes the IDG News Service, citing a police statement from China’s Wenzhou.

The scam involved 121 iPhone 4S handsets which were submitted to Apple with fake problems. According to reports, the distributors wanted the BAND, a group of components which comprise the core of the iPhone, less the battery and rear plate.

Each BAND is reportedly worth more than $480.

Actions by the iPhone distributors caught the attention of Apple.

The bulk of the “faulty” iPhones were activated on December 20, all with “C8PJ” in the serial numbers. Additionally, the suspected scammers filed for replacements from Apple on December 28-30, slipping under a fifteen-day limit for free returns on troublesome parts, according to the report.

This isn’t the first time the Apple brand has acted as a magnet both of fans and hucksters in China. In 2011, a number of reports of fake iPhones, as well as fake Apple retail locations cropped up in the nation that is quickly adopting smartphones.

Then there are all the “leaks” of purported upcoming Apple components hinting at new designs from Apple.

But China isn’t alone in cashing-in on the iPhone.

Apple has had to have a number of retailers in New York City stop selling fake handsets. Little wonder the company in 2013 was granted a patent on its store design and layout.