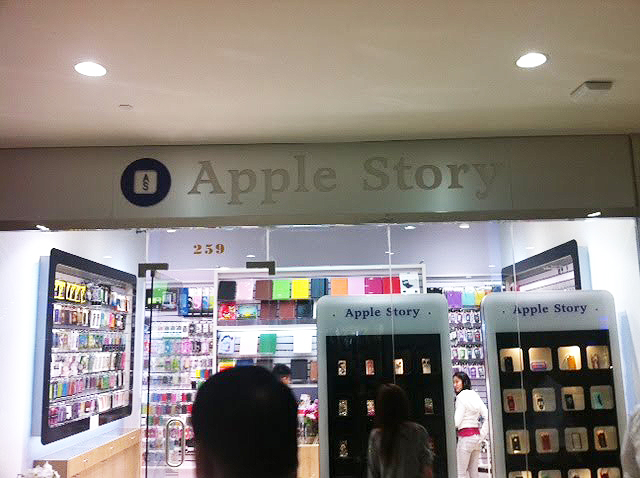 With Apple’s unprecedented success in the retail space, it’s no wonder that other businesses have tried to emulate. By now you’ve likely heard of the string of fake Apple Stores that have been springing up over the last few months.

While the previous counterfeits we’ve seen were located in China, apparently that’s not the only place harboring fakes. Reuters reports that there’s a couple of knock off stores located here in the States, and Apple is going after these faux retail outlets…

Unlike the other fake Apple stores we’ve seen, these two locations don’t look at all like copycat shops. And they’re not even selling electronics. According to the report, Apple Story and Fun Zone make their money selling knockoff Apple accessories.

Apple has filed a pair of trademark infringement lawsuits against the two stores for selling counterfeit iPod, iPhone and iPad cases, along with white earbud-style headphones bearing Apple’s logo.

“Defendants are trading on and receiving the benefit of the goodwill Apple has established in the Apple trademarks through considerable labor and expense over many years.”

Not only is the Cupertino company looking to destroy the counterfeit products, they’re also hoping to force Apple Story to change its name. They don’t want customers to confuse the shop with true Apple Stores.

I don’t think I’ve ever seen a company ripped-off as much as the Mac-makers. You don’t see fake Microsoft stores popping up everywhere. What is it about Apple that attracts the impostors? High prices? The well-known brand name?