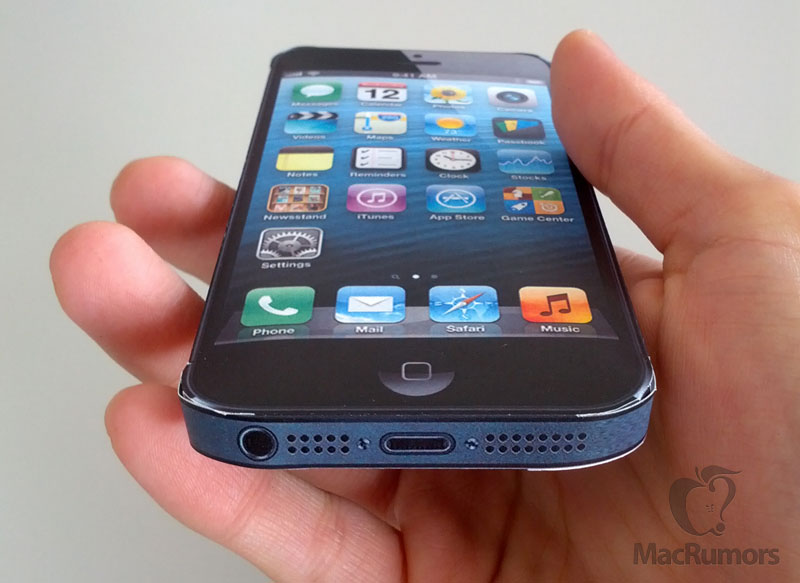 Conflicting rumors signify an iPhablet, a nearly five-inch iPhone, may be released either some time in 2013 or during the summer of 2014. Speculation of a new form factor brings along a theory that Apple could simply blow up the display while keeping the iPhone 5’s 1,136-by-640 pixel resolution, presumably making developers’ life easier. But there’s a catch to enlarging the display without boosting its resolution: density of the pixels would drop from the Retina iPhone 326ppi to just 264ppi.

Though likely insufficient for the Retina moniker, that particular pixel density conveniently matches up with the the full-sized iPad’s 264ppi Retina display. In order to better illustrate what an iPhone with a display this large would feel in your hand, MacRumors has enlisted the creative talent of CiccareseDesign to come up with a papercraft five-inch iPhone mockup…

It’s quite useful: as MacRumors points out, upon downloading a PDF here, you can print it out at 100 percent scale. Trimming and folding the printed document results in a nice three-dimensional paper version of the 5-inch iPhone. 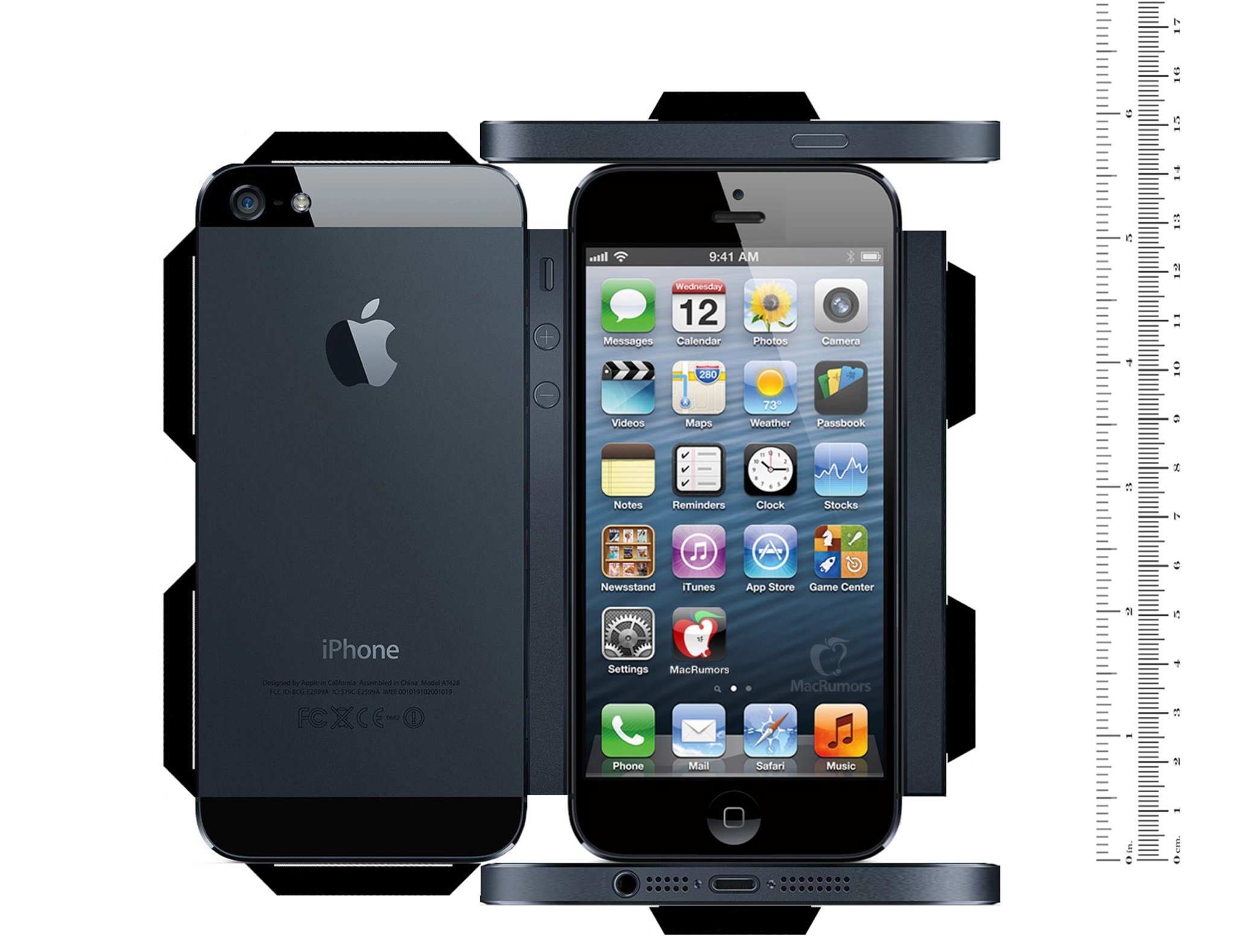 As for concerns that increasing the screen size while maintaining the same resolution won’t provide any more viewable area in terms of pixels, the publication begs to differ:

This is not entirely true, however, as some features such as text with multiple font size options could be used to show more content on the screen at a given time despite the identical resolution.

While jumbo-sized devices are all the rage in the Android camp, it’s unclear whether mainstream Apple users want an iPhone with a screen that goes beyond four inches diagonally.

If our non-scientific poll of tech-inclined readers is anything to go by, the split between those wanting a Gorilla-sized iPhone and fans of the current form factor is roughly 50:50.

However, the ability to operate the device with one hand is significantly compromised compared to the iPhone 5. Whereas the iPhone 5 requires very little stretching to reach the opposite top corner of the screen with our thumbs, the 5-inch screen would definitely be a two-handed device for most apps.

The included screenshots also show off existing apps that have been automatically scaled up to full size, resulting in tap-targets that are larger than on the iPhone 5. Developers could eventually offer different sizes for interface elements and font-scaling options.

Let’s not forget a recent iPhone 5 ad in which Apple strives to convince us that four inches should be the new gold standard for iPhones going forward.

Even if Apple decides to introduce a new screen resolution for this device, it shouldn’t be the end of the world. With Apple’s powerful SDK and clever iOS design, most devs should be able to optimize their apps for a five-inch form factor without too much fuss.

We were inundated with the same fragmentation argument prior to the iPhone 5 release. Yet, developers did optimize their warez shortly after the handset had arrived, now didn’t they?

I’m thinking, if the five-inch iPhone is a go, perhaps Apple should consider giving it a native 1,920-by-1,080 display for per-pixel compatibility with full HD media.

After all, most big name Android vendors are releasing 1080p phones.

HTC just launched One earlier this morning and Samsung’s upcoming Galaxy S IV is reportedly all about 1080p. Even Google is apparently developing a Motorola X handset which should use – you guessed right – a full HD screen.

By the way, CiccareseDesing is also behind a number of other eyebrow-raising concepts, including a radical Siri-enabled iWatch mockup, another one with curved-glass design, an iPod nano-like iPhone and an interactive 3D mockup of the iPhone 5.