The Android camp has long insisted on pushing massive screen sizes to the point where even Apple felt compelled to respond by making the iPhone’s screen taller. Excluding Gorilla-sized devices such as the Galaxy Note phablet, smartphones typically have displays between four and five inches diagonally and settle with the native 720p resolution (1,280-by-720).

But as HTC’s upcoming J Butterfly shows, device makers aren’t standing still and are now pushing 1080p smartphone screens. President and CEO of DisplayMate Dr. Raymond Soneira knows a thing or two about displays and he thinks packing twice as much pixels onto essentially the same surface area is marginally beneficial as your eye can hardly tell the difference between 720p and 1080p on a typical smartphone display…

The technology is certainly there.

Sharp, the ailing Japanese electronics maker that collaborates with Foxconn and Apple on displays, is working on some interesting new mobile screens. LG Display back in June announced a five-inch display with full HD resolution.

Disregarding for a moment the strain that 1080p puts on mobile GPUs and batteries, Apple should just take this tech and deliver a 1080p iPhone in 2013, right? 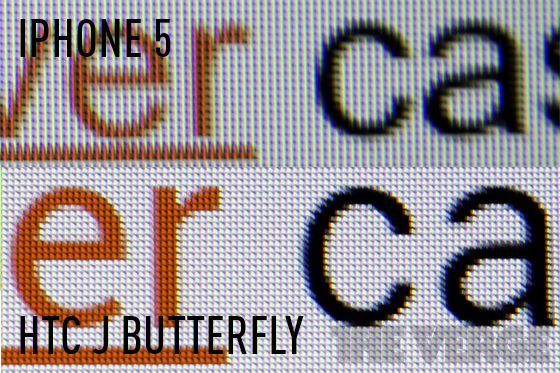 In an interview with Florence Ion of ArsTechnica, Soneira explains only people with the perfect 20/20 vision might be able to notice a slight difference between a 720p and 1080p smartphone display.

For some people, it is possible to tell the difference if we were to sit down and study a [1080p] display and a [720p] display, side-by-side.

If you’re really a fanatic and you study images, or you have some professional applications and you’re really into displays, then it may make a visual difference for you.

To us, ordinary folks, the extra sharpness of a 1080p display is wasted because your eyes typically “can’t resolve sharpness above 229 pixels per inch”, he says.

Even the tiniest image detail in a photograph is always spread over more than one pixel. The image detail is never perfectly aligned with the pixel structure of the display.

The negligible difference between a 720p and 1080p smartphone display is all but irrelevant when it comes to ordinary viewing of videos because “1920×1080 is really not going to make a visual difference”.

On the other hand, 1080p may help with rescaling content “because you don’t have the rescaling artifacts”. It could be also meaningful in the UI department as denser pixels may make buttons and text stand out and look sharper. Even that is debatable because a technique known as sub-pixel rendering usually helps improve the visual sharpness of computer-generated graphics. 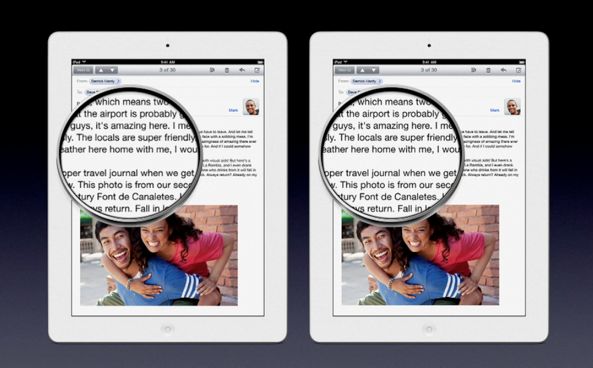 Microsoft’s Surface RT tablet uses sub-pixel rendering to improve the sharpness of user interface elements rendered on its 10.6-inch display with 1366-by-768 pixels.

Wikipedia has more on sub-pixel rendering. Basically, it’s a technique that fools your eyes into thinking you’re seeing more pixels than there are. All Apple devices use standard pixel rendering which treats all pixels equally.

Soneira knows these things inside out, mind you.

He’s the guy who dispelled Heatgate, rated the iPhone 5 as having the best display in a smartphone and laughed off Microsoft’s claim of Surface beating iPad 3 on screen sharpness.

So there you have it: smartphones with 1080p screens won’t necessarily look any better than today’s 720p devices.

But one cannot stop progress.

I’m sure vendors will push 1080p phones like nobody’s business and use 1080p as a selling point in much the same way they do with the screen size today.

Do you think Apple will buck the trend or jump on the 1080p bandwagon at some point?