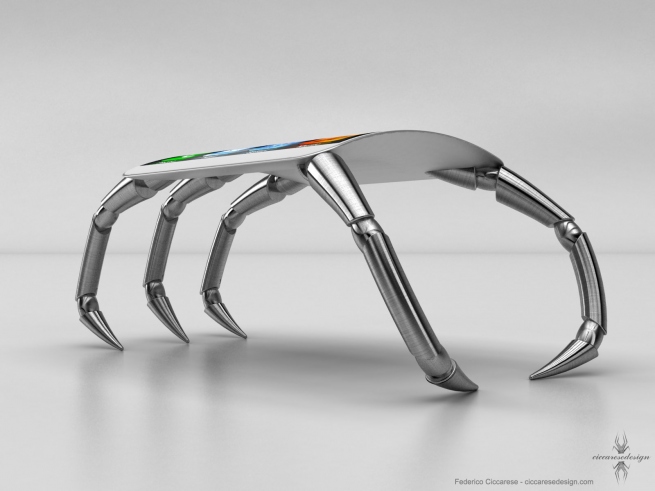 Curved cover glass could be the next big thing for portable devices. Apple reportedly invested in glass-cutting machines last year, fueling rumors that the iPhone 5 may feature a curved display akin to Nokia’s Lumia smartphones. The idea gained credence when Nick Bilton wrote in a New York Times article last December that Cupertino was working on “a curved-glass iPod that would wrap around the wrist”.

We’re not so sure Apple would attach the iPod or iPhone brand to such an unusual gizmo, but if it resembles this exquisite concept, count us very excited…

Italian designer Federico Ciccarese, who os credited with other awesome renders like this four-inch iPhone 5 mockup, today published absolutely gorgeous and totally intriguing renders depicting what a curved glass device from Apple might look like. 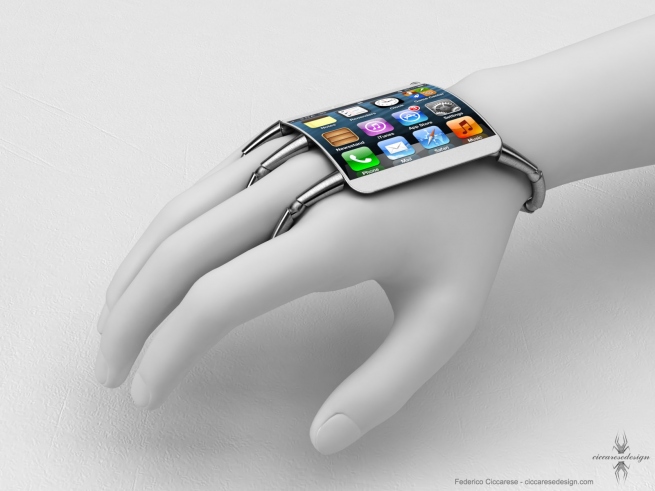 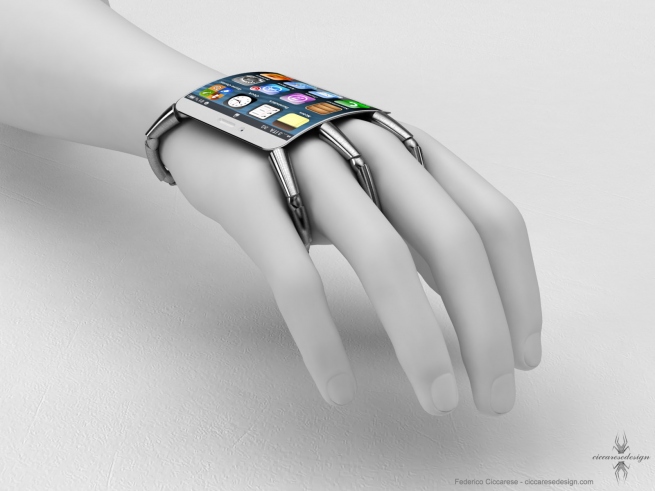 Could be perfect for GPS navigation, Star Trek style. 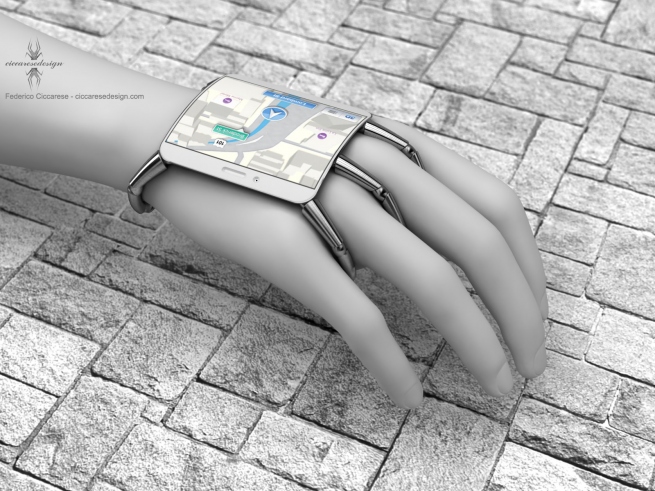 What’s up with the metallic spidey legs, by the way?

If that hideous watch band of sorts becomes a new thing ten years from now, I’ll be worried. Can someone give Jonny Ive a buzz?

We’re eager to hear your impressions down in the comments.