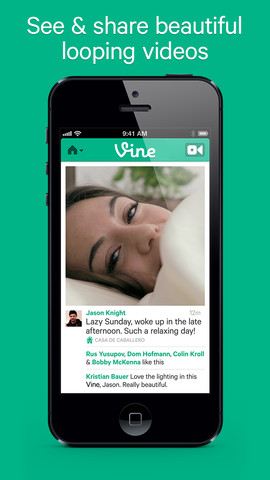 Vine, Twitter’s new app for sharing short 6-second clips, has had somewhat of a rocky start. Immediately following its launch two weeks ago, Twitter got inundated with complaints that the Editor’s Pick section was populating users’ video feed with adult content. Twitter blamed the problem on “a human error” and promised to fix it in the next update. And just like clockwork, Vine version 1.0.5  landed today on the App Store, bringing with better sharing and the 17+ age rating (was 12+)…

• share to Twitter or Facebook after posting. Find the post you want to share, then tap the “…” button in the bottom right
• report or block a profile. Go to the profile, then tap the newly added “…” button in the top right
• fixed an issue that caused a black screen to appear and uploads to fail after creating a video on certain devices
• miscellaneous bug fixes

Just woke up to a heavy snow vine.co/v/bnJPpv5EUqe

That, along with a few bug fixes, should be enough to keep parents happy.