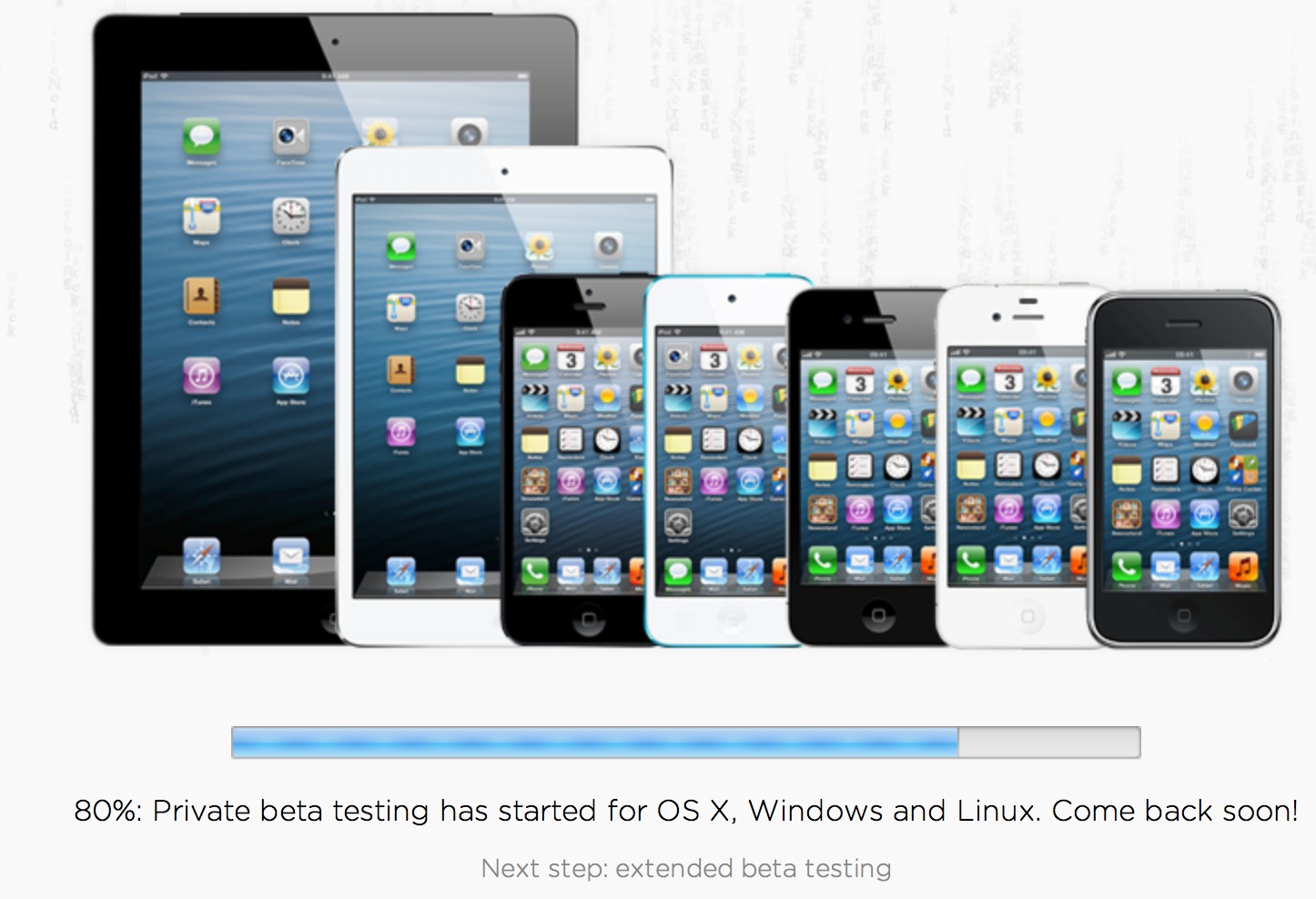 Sunday is not that far away. Depending on where you are in the world, it could be as little as a day away. With that in mind, it’s great to see status bar on evasi0n.com, which signifies the completeness of the upcoming jailbreak, continue to rise.

Earlier today we reported that the status had approached 75%, with the Linux version of evasi0n still being in the works. Now, the Linux version is completed, and private beta testing is proceeding full steam ahead…

With all three platforms completed, extended beta testing is not far behind. Although nothing is certain, this progress bodes well for the tradition of a Sunday release day. We will continue to keep you updated as evasi0n comes close to fruition.

In the meantime, why not prepare your devices, and check out some of best tweaks for the upcoming iOS 6 untethered jailbreak?