Acquired last year, Evernote’s Penultimate iPad app helps you jot down notes and draw sketches using your finger. It’s like having a Galaxy Note just without, you know, a pen. Penultimate 4.0 was launched this morning and Evernote kindly decided to offer it free of charge (it used to be a paid download). It’s tightly integrated with Evernote and your handwritten notes now sync fully via the cloud with your other Evernote content.

In fact, you can now open handwritten notes on any device that has the Evernote app. Plus, Evernote search is fully baked in and it’s quite clever, too: the cloud is able to parse your digital ink notes and turn them into easily searchable text. The new version also comes with more sharing options and support for eleven languages. Did I mention that Penultimate now doesn’t cost a dime?

This version of Penultimate requires iOS 6 and Evernote assures us the iOS 5 support is coming in the next update. Additional paper and pen types are available as in-app purchases.

Handwriting is processed on the Evernote servers, which means that you need to give Penultimate a few minutes to sync before you can expect results to show up. To make notes even easier to find, we also recommend that you give your notebooks useful titles, which you can do by tapping on the title on the cover of a closed notebook.

You can download Penultimate free of charge for your iPad over at the App Store.

In other Evernote news, the company updated its Hello app with a new look, the ability to scan business cards and lots more.

Evernote Hello version 2.0 makes it easy to remember everything about everyone you meet by snapping a picture of their business card, connecting with nearby Evernote Hello users via Hello Connect. 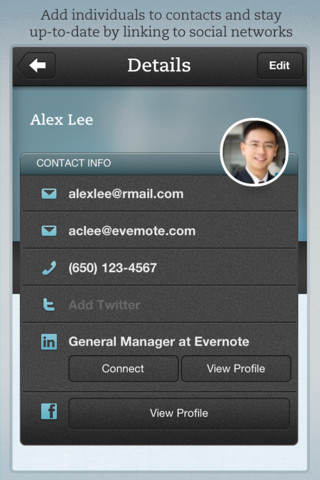 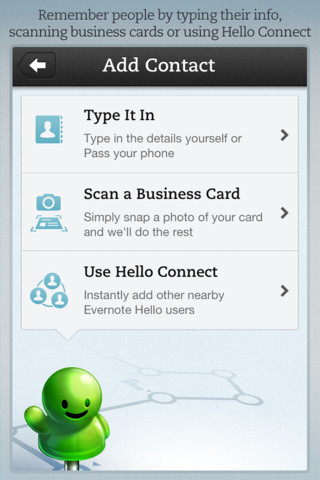 It can even create a quick profile from LinkedIn, Facebook, your calendar appointments or your address book.

I’d use Evernote Hello a lot if I were a fancy CEO in the Valley.

Evernote Hello is also free so give it a try if you haven’t already.