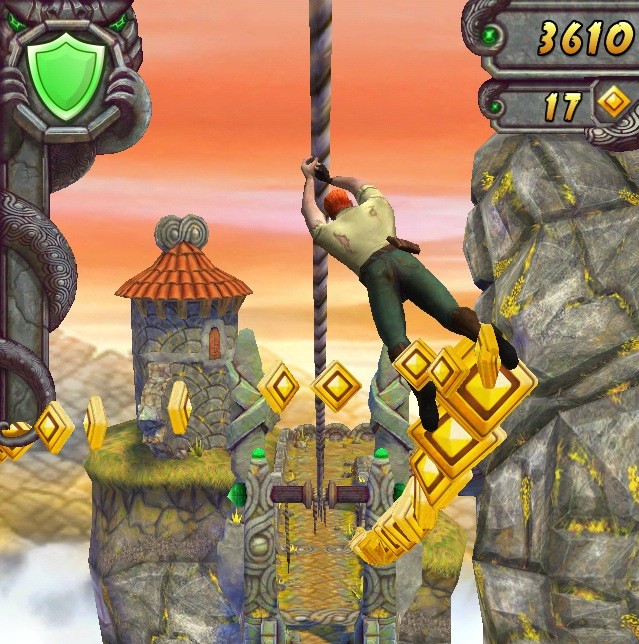 Last week Imangi Studios released a sequel to its widely popular endless-runner game, Temple Run. The game landed here in the US on Thursday night, and within 8 hours it had shot up to the #1 Free App in the App Store.

But apparently its impressive run didn’t stop there. Imangi issued a press release this morning announcing that Temple Run 2 was downloaded more than 20 million times, on iOS alone, in its first four days of availability…

“Imangi Studios today announced that Temple Run 2 was downloaded over 20 million times in its four days of availability on the App Store. The game rocketed to #1 Free App just eight hours after release, and is currently the #3 Top Grossing App. Free to download, Temple Run 2 is the sequel to the mega-hit original endless runner, Temple Run, which has been download over 170 million times across the App Store, Google Play and the Amazon Marketplace.”

As MacStories points out, the 20 million download figure looks even more impressive when you compare it to other big releases. Rovio, for example, hit 10 million with Angry Birds in 3 days, and that was on multiple platforms.

In addition to the above statistics, Imangi also notes that since its release, Tempe Run 2 has accumulated over 210 million sessions. That equates to more than 1,775 years of gameplay, which is actually pretty crazy to think about.

After playing Temple Run 2 all weekend, it’s not hard to see what all of the buzz is about. It has the same familiar controls and gameplay that made the first one so much fun, as well as better graphics and new running dynamics.

If you haven’t played it yet, it’s worth checking out. You can find it in the App Store for free.