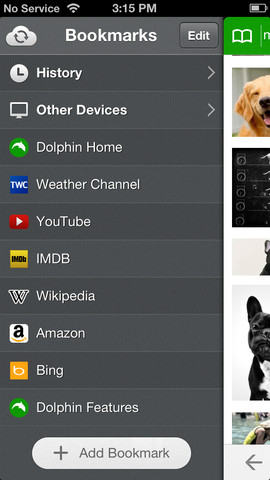 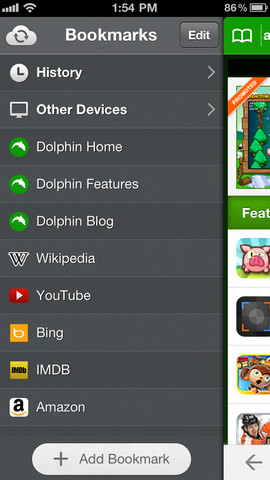 Dolphin, the popular third-party browser for iOS and Android, received a major update today. In addition to the obligatory stability and performance improvements, developers added a few new features you’ll be excited about. For starters, Dolphin now has browser sync that keeps your environment and settings flawlessly consistent across desktop and your mobile devices powered by iOS or Android.

You can also send tabs, images, phone numbers and directions from a mobile device to your computer, share to social networks and email articles. And if you live in Evernote, Dolphin now lets you grab any web content and save it directly to your Evernote (or Box) account, useful for saving a particular article or document for later, especially if you are not a huge fan of Instapaper or a similar read-later service…

Developers (finally) added some new preference items to set Dolphin to open all tabs from a previous session. If you’re like me and have at least a dozen tabs open at any given time, you’ll appreciate this long overdue feature a lot.

Here is a video showing off clipping articles to Evernote.

The ability to send tabs, images, phone numbers and directions from your mobile device to desktop requires a browser plug-in on the desktop side for Chrome, Firefox or Safari. Unfortunately, URLs to download these extensions provided in the official blog post did not work for me at press time.

As this feature works over Wi-Fi only, in my view it definitely needs improving: I’m thinking something more seamless and akin to iCloud Tabs in Safari.

And the screenshot below depicts how new sharing features appear on Android. 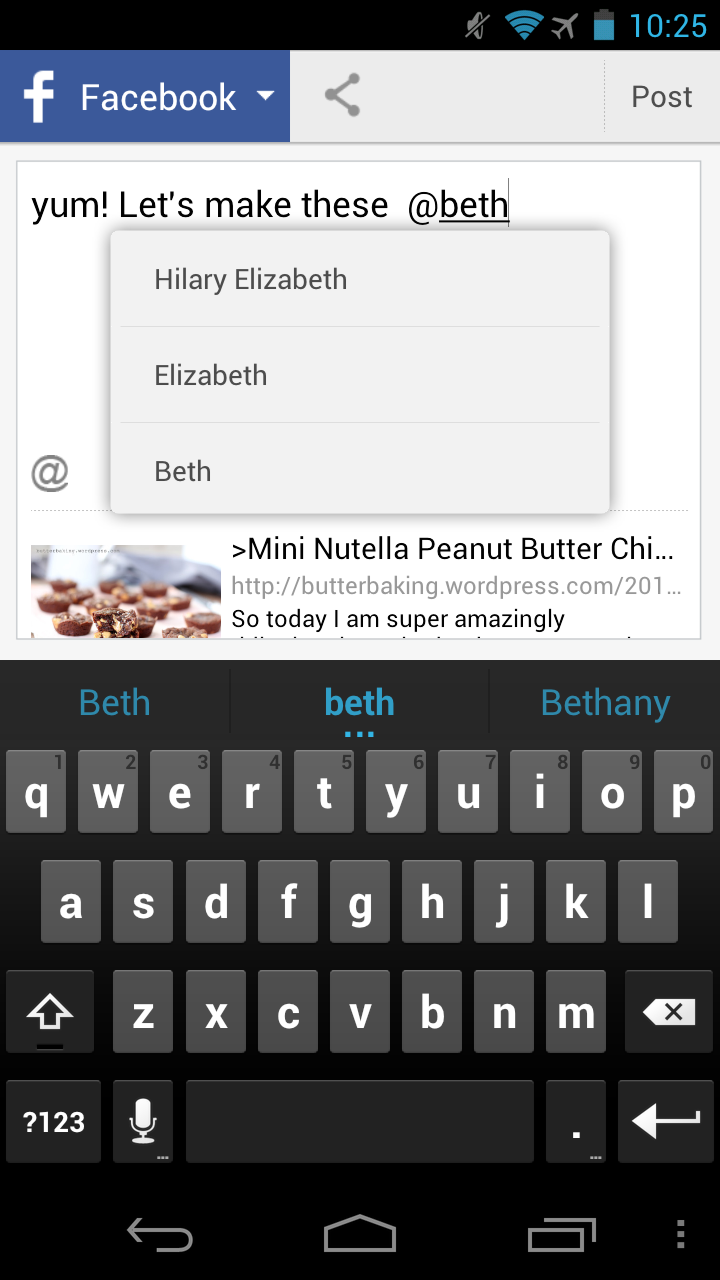 As you can see, sharing to Facebook and Twitter is supported (good-bye, app switching insanity!) along with friends tagging and the ability to annotate with a note or drawing in Dolphin for iPad. By the way, browser sync includes your bookmarks, history items, open tabs and passwords. 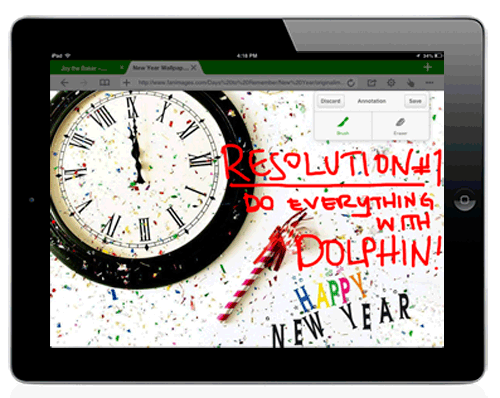 • one-tap share: Right from Dolphin, you can tweet webpages, post them to Facebook, or share them via email
• remember everything: Clip web content while browsing Dolphin and save it directly to Evernote (Beta) or Box
• Dolphin Connect:
– Send to Device: Use Dolphin with our Chrome/Firefox/Safari extensions** to send tabs, images, phone numbers and directions between desktop and mobile
– Sync: Now you can sync bookmarks/tabs/history/passwords across devices
• WiFi broadcast: Share with your friends by sending them a web page instantly through a shared wifi
• customize Dolphin: Set Dolphin to open to the home screen or all tabs from your previous session

Dolphin Browser 7.0 is a free download from the App Store for your iPhone and iPod touch. The iPad build is a separate download (I really hope they soon merge two versions into a single universal binary). Note that the voice-activated feature called Sonar is a $0.99 in-app purchase.

Nick Summers of The Next Web delved deep into the release so check out his quick review for more hands-on impressions. 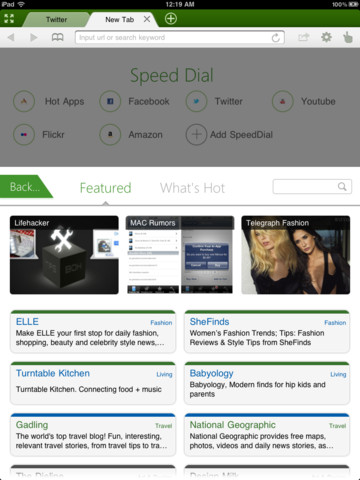 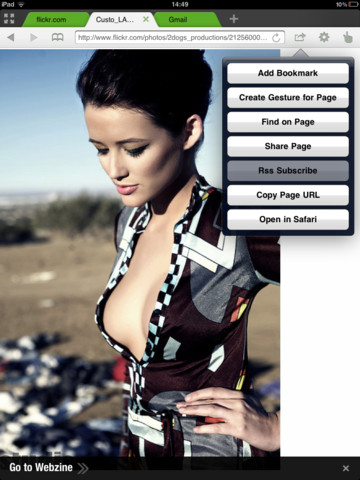 You can also download Dolphin for Android from Google’s Play Store.

Dolphin first landed on the App Store in August 2011 as a fan favorite on Android. Last major update was in April 2012 and it had brought out new features like voice control, URL keyboard, night mode and more.

As you know, I have both iOS and Android devices.

That said, it goes without saying I’m a regular Dolphin user on both platforms.

Though on iOS gadgets Safari and Chrome remain my most-used browsers, I often re-discover nice things in Dolphin that make me remember why I fell in love with this feature-packed, speedy browser software in the first place.

Frankly, you are missing out on something special if you pass on Dolphin. With more than fifty million cummulative downloads on both iOS and Android, developer MoboTap clearly is onto something here.

With the frictionless sharing, web clipping and browser sync now in place, perhaps you should give Dolphin another try?

Do you use Dolphin and is it, in your view, a credible alternative to Safari and Chrome?