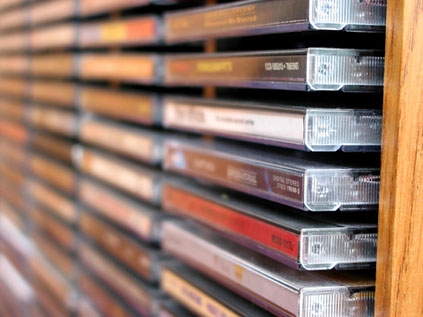 Amazon is taking another run at Apple, this time targeting iTunes. The online retail giant is hoping to increase its digital music market share by offering consumers free digital copies of purchased CDs. Hoping for a trifecta of sorts, the company looks to improve the fate of its Amazon MP3 service, increase exposure of it Cloud Player, while also chipping away at iTunes’ 50 percent marke tshare.

While the AutoRip service – with which Amazon  hopes to “go global” – includes such modern-day hits as Adele’s “21” and Maroon 5’s “Overexposed.” Along with classics such as Pink Floyd’s “Dark Side of the Moon” and Michael Jackson’s “Thriller,” the new service will work with “a substantial majority of our physical CD sales,” Steve Boom, Amazon’s digital music chief, told Reuters Thursday.

A media release cites these features:

Free digital copies: Amazon customers who purchase AutoRip CDs get free MP3 versions of the albums delivered directly to their Cloud Player libraries – automatically, immediately, and at no cost – no more hassling with ripping CDs and finding a way to get them onto your favorite devices.

For CD purchases dating back to 1998: MP3 versions of AutoRip CDs that customers have purchased since the launch of Amazon’s music store in 1998 will also be delivered to their Cloud Player libraries for free.

Free storage and backup: All AutoRip MP3s are stored for free in customers’ Cloud Player libraries and do not count against Cloud Player storage limits. Customers can buy music and know that it is safely stored in Cloud Player and accessible from any compatible device.

Of course, along with promoting more compact disc sales for Amazon, the new feature will make the company’s Cloud Player service more familiar. While Cloud Player should get more use now that the Amazon Kindle Fire tablet is in more hands, the fact that the application is also available for all iOS devices doesn’t hurt the Internet retailer’s bid against iTunes.

If you’ve followed the decline and attempts to revive various physical media, Amazon’s AutoRip seems to follow the same tone as the movie industry’s UltraViolet program, which offered consumers a digital version when purchasing a physical DVD.

Walmart – which Apple crushed as the largest seller of music CDs – was looking anxiously as Netflix and Redbox did the same to physical video sales. In response, the world’s largest retailer announced a clunky program where consumers could take their DVDs and have digital copies uploaded to Walmart’s servers.

The “clunky” part was consumers had to go to their local Walmart with DVDs in hand. While the retailer recently said it will do away with that middle step, letting you upload the DVD at home. To its credit, Amazon saw the insanity of physically taking a physical DVD into a brick-and-mortar store – all to convert it to digital. 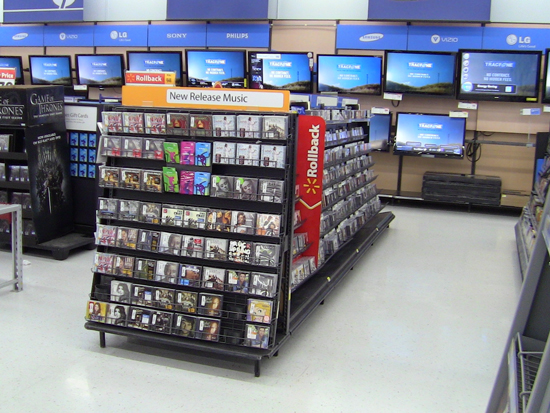 In the end, it is questionable whether AutoRip will help Amazon’s assault on iTunes. If anything, consumers are creatures of habit. We’re so accustomed to think digital when shopping for music and iTunes when buying. Apple has won that mind share by providing a wide array of linkages from its devices to its services, such as iTunes.

Amazon’s best weapon against the digital shopping mall known as iTunes may or may not be AutoRip. However, the company’s best move to counter Apple likely was the Kindle Fire, opening another platform for purchases and building a devices capable of providing more links for digital purchases.

In that way, Amazon is using Apple’s own playbook to compete against Cupertino.