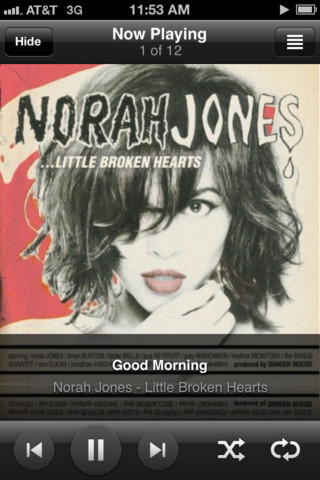 Amazon launched its cloud-based music player and an accompanying Android app a little more than a year ago.

Though users on Apple’s platform have been able to access the web-based version of Cloud Player using the Safari browser on iOS devices, the online retailer wouldn’t release a native iOS app until now…

Introducing Amazon Cloud Player, a free iPhone and iPod touch app that lets you play songs stored in your Amazon music locker in the cloud.

You can choose to either stream songs over your cellular or Wi-Fi connection or download them to the device for offline listening.

The app also let you play songs stored in Apple’s native Music app, create and edit playlists, though you won’t be able to make any other changes to your cloud files or upload songs to the cloud.

Also, if you want to sign up from the service, you’ll have to visit the Amazon website on your desktop.

Amazon Cloud Player is a free download right from the App Store.

So, is it too little too late, what do you think?