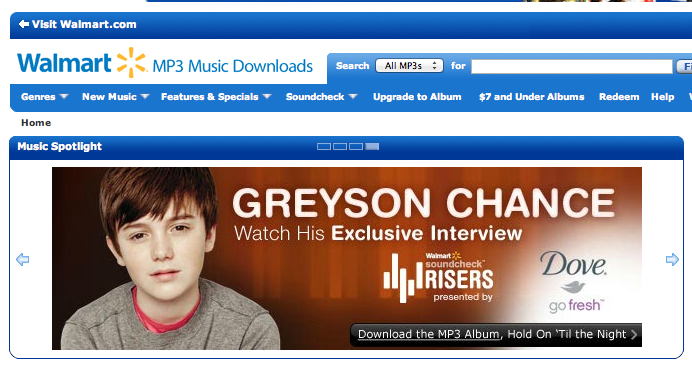 It seems that in most markets, Apple can do no wrong, with competitors failing left and right. According to Macworld, the digital music business is no different, as Walmart has announced the closure of its iTunes music store competitor.

Since its launch back in 2003, Walmart’s digital music service has had its good and bad times, with the company seemingly one of the few that could compete with Apple’s bargaining power. At the time, Walmart was often seen selling tracks at lower prices than Apple could manage, but there was one giant downside to the whole thing, and that was Microsoft.

For reasons still not really understood by many, Walmart chose to go with WMA as its audio format of choice, meaning that its tracks could only be played on devices that supported Microsoft’s heavily DRM-ed file format. That meant the biggest selling digital music player was left out in the cold, and that player happened to be the iPod.

While Walmart later made the switch to DRM-free MP3s, iTunes was already the market leader, and there was nothing the supermarket giant could do about it.

With Walmart out of the picture, who can compete with Apple and Amazon now?